Ruben Santiago-Hudson’s “Your Blues Ain’t Sweet Like Mine” premiered at Two River Theater in Red Bank, New Jersey in 2016. The cast (with one replacement) re-assembled last week for a remote Zoom reading of the play, streaming through 7PM on Thursday, July 30 at https://www.youtube.com/watch?v=PfQBkKxkep0 . The following is culled from my 2016 review with comments on the Zoom reading.

It is hard to believe that “Your Blues Ain’t Sweet like Mine” is Ruben Santiago-Hudson’s first full length play. (His Obie-winning “Lackawanna Blues” was a solo show.) Line-by-line and scene-by-scene, the play rivals that of many an established playwright. Having previously directed August Wilson’s “Jitney” and “Two Trains Running” at Two River, Santiago-Hudson also assumed that role at Two River, as well as remotely for the Zoom reading.

Dealing with Black resentment of white tone-deafness, “Your Blues Ain’t Sweet like Mine” on stage was as subtle as a thunderstorm. Tweaked in the interim, it is even more unsparing now (despite the excision of the pungent line about white privilege being “the longest ass-whippin’ in the history of civilization.”) Set in 2002, the play begins with an exchange between Zeke (Brandon J. Dirden), a Black pick-up man for a used-clothing charity, and Judith (Merritt Janson), a white donor, in her upscale NYC apartment. 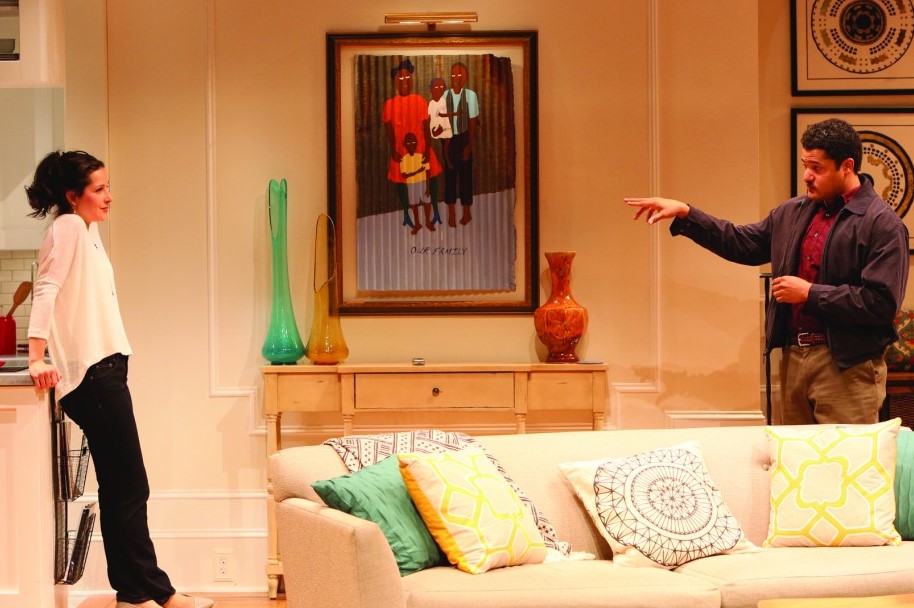 Their friendly bantering is not without undercurrents. Beautifully written and highlighted by a competitive riff on white vs. Black jazz musicians, the scene hints at a mutual attraction. (On stage, they touched once…fleetingly, but tellingly.) The scene ends with Judith inviting Zeke to join a dinner party that evening, explaining (“Why did you invite me to dinner?”) that she is writing a New York Times magazine article about Black under-achievers, as she has him pegged.

When other dinner guests cancel, the event becomes a sort of awkward double date, pairing Judith with her white friend (demoted from fiancé in the stage version) Randall (Andrew Hovelson), and Zeke, by default, with Judith’s apolitical Black friend Janeece (Roslyn Ruff). Things do not go well. Despite claiming to be a capital-L Liberal, Randall is a condescending boor (“African-American is too much to say”), while Janeece is put off by Zeke’s assertiveness. A racially-charged debate boils over into an actual physical altercation, shown on Zoom with flashes of photos from the stage version. It works. 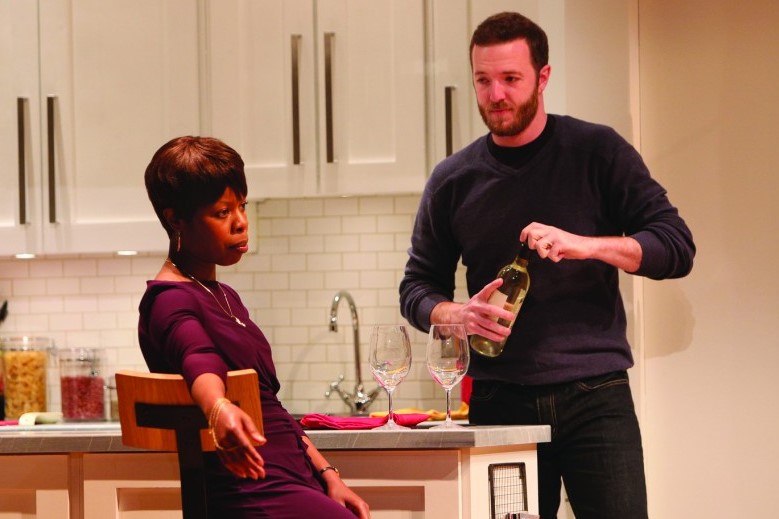 It may be partly because the actors’ faces were right in mine, but Zeke’s vitriol is more intense and his assertions and comebacks to Randall’s smack are more piercing in Santiago-Hudson’s update. Considering how much on-topic stuff has gone down since 2016, it is not a surprise. It does not make the dinner scene any easier to digest, but that’s the point.

The play ends in a change of scene, to the unusual living quarters of Mr. Zebedee, an elderly Black man with a harrowing past and a guilty secret. Exquisitely rendered by Glynn Turman, Zebedee’s final monologue is devastating. (Turman replaces actor and Negro Ensemble Company leader Charles Weldon, who died in 2018.)

The stage acting, scrupulously directed by the author, was nigh perfect. The fine-tuned foursome, working beautifully together, were uncommonly good. Necessarily restrained in Zoom boxes, they still are. For starters, while it is a “reading,” they are all fully memorized, allowing them to act and react from the shoulders up without encumbrance and, damn, they all do it well. The play flows smoothly through its 110 minutes, with efficient tech support that occasionally breaks up the four-box setup with full-screen shots of each actor. (There is no intermission, but you can pause the Zoom for a bathroom break, a drink refill or just to catch your breath.)

There is no finer working American actor than Brandon J. Dirden. He was brilliant as the young Martin Luther King, Jr. in “All the Way” on Broadway in 2014; his performance in August Wilson’s “Ma Rainey’s Black Bottom” at Two River in 2016 was shattering; last year’s Brutus at Polonsky Shakespeare Center in Brooklyn was astounding; and he is slated to appear on Broadway next spring in the Covid-delayed revival of  “Take Me Out.” If you are reading this you are theater-centric to one extent or another. Do not pass up this limited opportunity to see Dirden work his magic up close.

“Your Blues Ain’t Sweet like Mine” is an impressive achievement. It questions a lot and answers some: no pandering, no easy answers, no preaching (well, maybe a little). Through Zebedee’s final monologue, Santiago-Hudson offers a hopeful conclusion. Assuming that is his intention, it is Mission Accomplished.

Sunday evening’s Zoom was a ticketed event, but the reading is free-streaming until 7PM Thursday, July 30 at  https://www.youtube.com/watch?v=PfQBkKxkep0  (Tax deductible donations to Two River Theater are encouraged.) Granted, it is not live, but I’ll go down fighting anyone who says it’s not Theatre.