If, as hypothesized, there are only seven basic plots, it is a sure bet that Shakespeare used them all. (I count four in “Hamlet” alone.) It is no wonder, then, that playwrights through the years have gone to the Bardly well for inspiration, with occasional successes, both spectacular (“Kiss Me, Kate”) and modest (“Desperate Measures”).

Now along comes “Romeo and Bernadette,” which lovers of Shakespeare, musical theater and the blending of both, are urged to visit in the Mezzanine Theatre at A. R. T. at West 53rd and Tenth. Loosely (but recognizably) inspired by the tale of the star-crossed lovers, the play is a compact, two-hour treat from curtain to curtain.

The clever (but not to a fault) book and lyrics are by Mark Saltzman and, while I recognized some snippets of the music, it was not until later that my Playbill revealed that all twenty numbers are adapted from traditional Italian melodies by nine different composers – including Rossini and Leoncavallo, for heaven’s sake. Saltzman has raised musical appropriation to an art form. (Okay, there is “Moulin Rouge”’s 70-song mashup; but this is somehow more impressive. Major props to arranger/orchestrator Steve Orich and music director/conductor Aaron Gandy and his nifty band.) 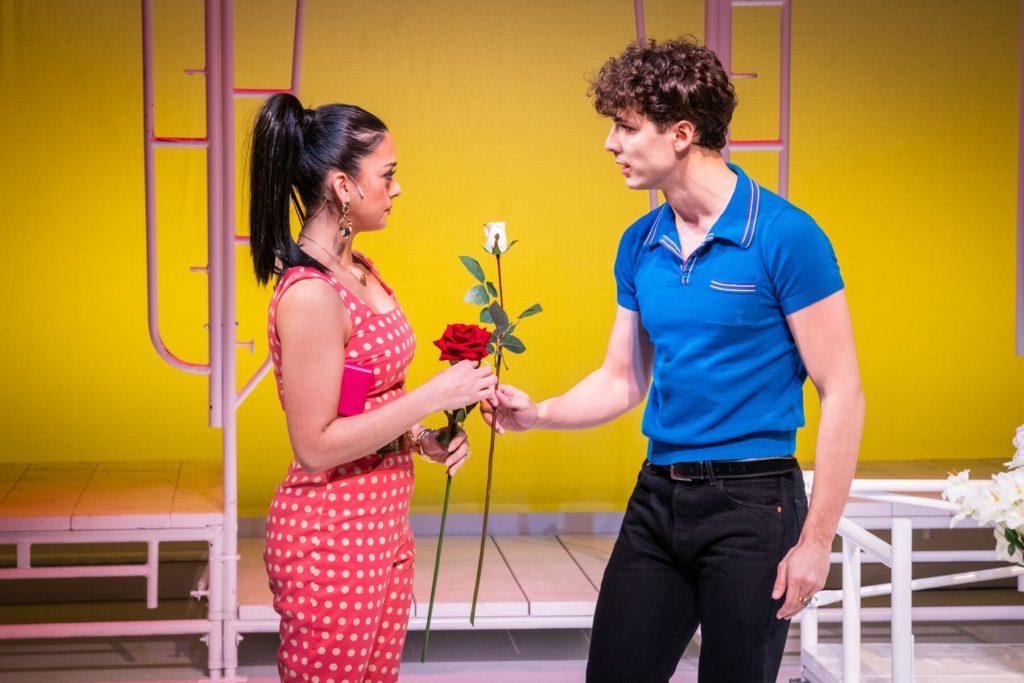 The play opens as the final scene of “R & J” is playing before an audience that includes Brooklyn Guy (Michael Notardonato) mansplaining the plot (inaccurately of course) to Brooklyn Girl (Ari Raskin). “Culture gets college girls hot,” he confides. Both then assume roles in the romcom that develops when Romeo (Nikita Burshteyn) shows up in 1960 Brooklyn (just go with it) looking for Juliet (Anna Kostakis). He sees her image in mob-boss daughter Bernadette (um, Ms. Kostakis), who is engaged to Tito, the villain of the piece.

When Romeo is ‘adopted’ by a rival mob boss after coming to the aid of his son Dino (Notardonato), the parallel between the warring mob families and the Montague/Capulet families is complete. The ensuing conflicts between the feuding families and their seemingly mismatched young couples is hardly breakthrough drama (only seven plots, remember), but is so deftly written, acted and sung that it seems newly invented. 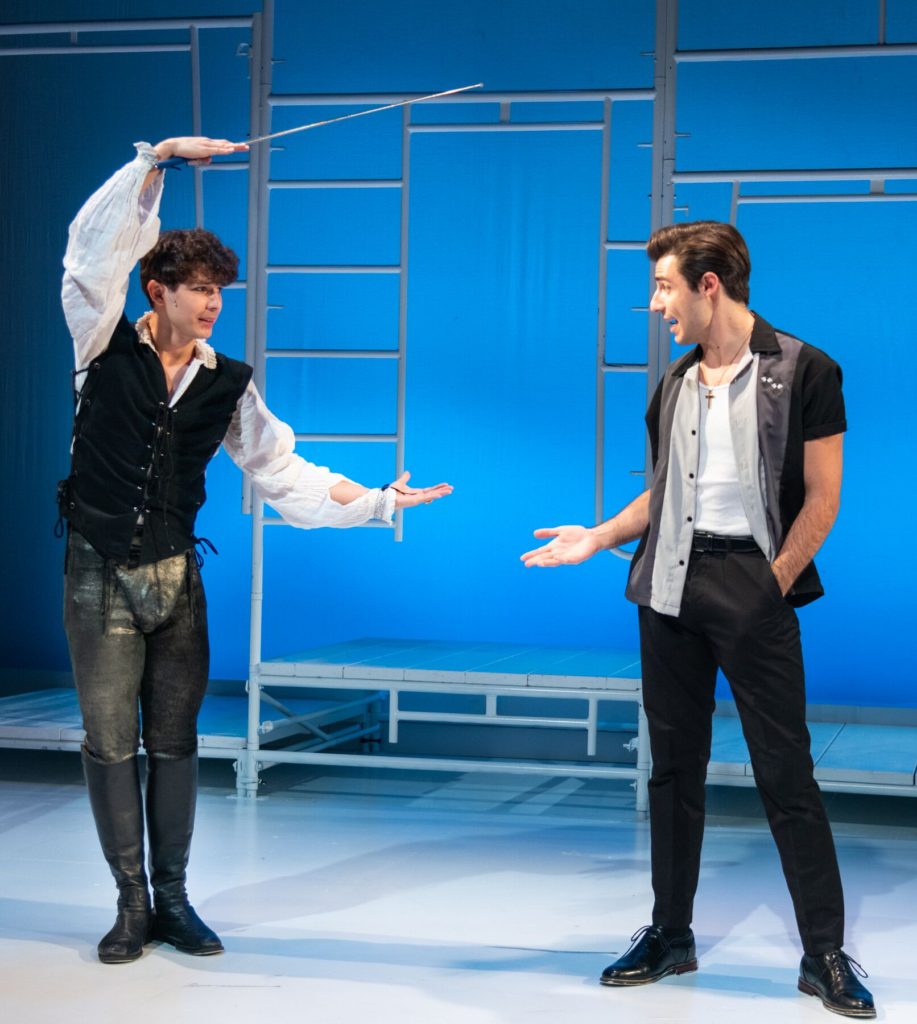 Directed and choreographed by Justin Ross Cohen with a knowing nod to the 400-year time difference, the show is ideally cast. Burshteyn and Kostakis, both in their NYC debuts, are an engaging couple, sparring in two languages with an undercurrent of the universal one. As a second pair, Notardonato and Raskin are equally at home with romantic sparks and comic takes. The couples’ quartet, “When He Looked at Me That Way,” set to a Bellini composition, is terrific. 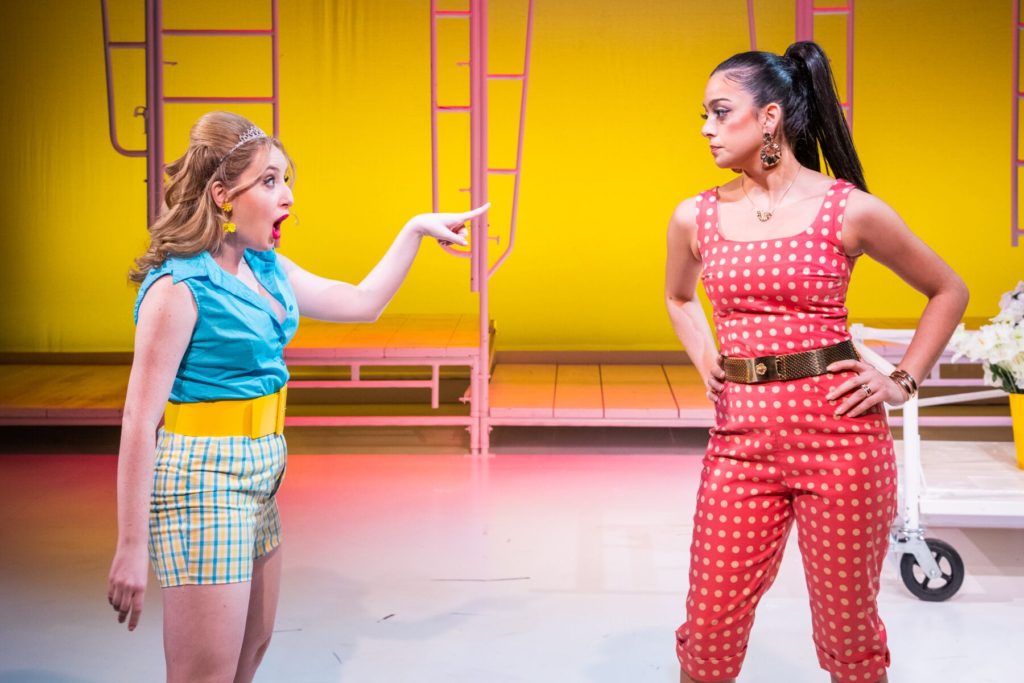 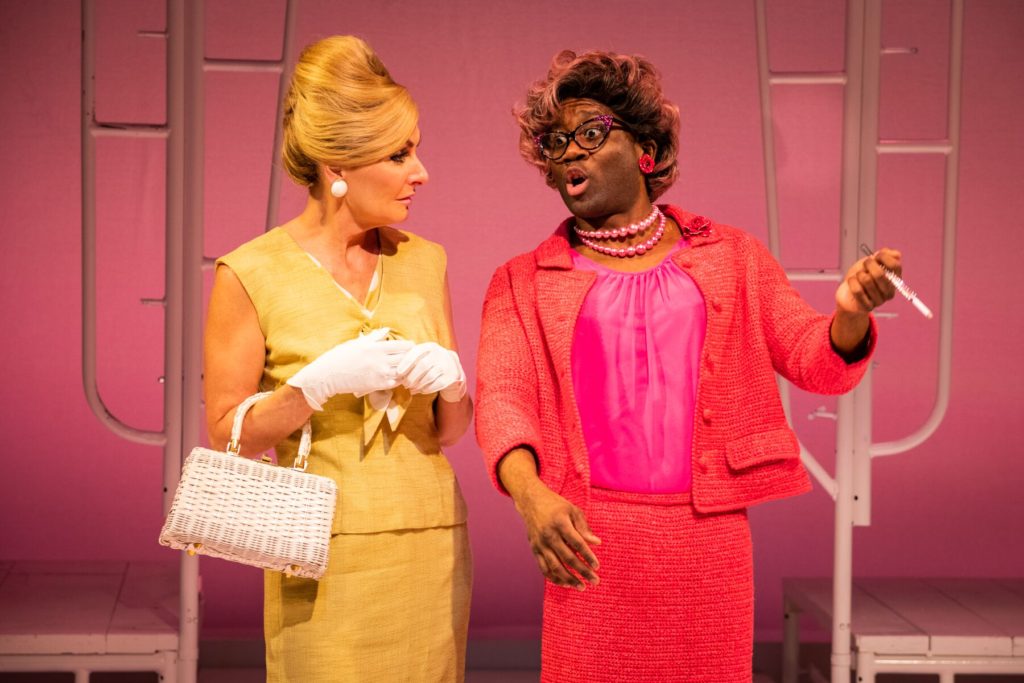 In the tradition of having one cast member appear in multiple cameo roles (See “Little Shop” or “Sylvia”), Troy Valjean Rucker is variously a priest, a bellhop, a wedding planner, and – wait for it – the Florist of Arden.

The musical pleasures range from liberally distributed solos and duets up to the “Bernadette Sextet” that ends the first act, all sung and minimally choreographed to advance the plot. And the mix of Elizabethan and Brooklynese in Saltzman’s book is great fun. Some of it is flagrant, as when Bernadette responds to “Thy memory forsakes thee…thou art my Juliet” with “You score this way?” And some just a bit subtle: “I am not Juliet,” Bernadette exclaims. “What do I gotta’ do, paint you a FRESCO?” 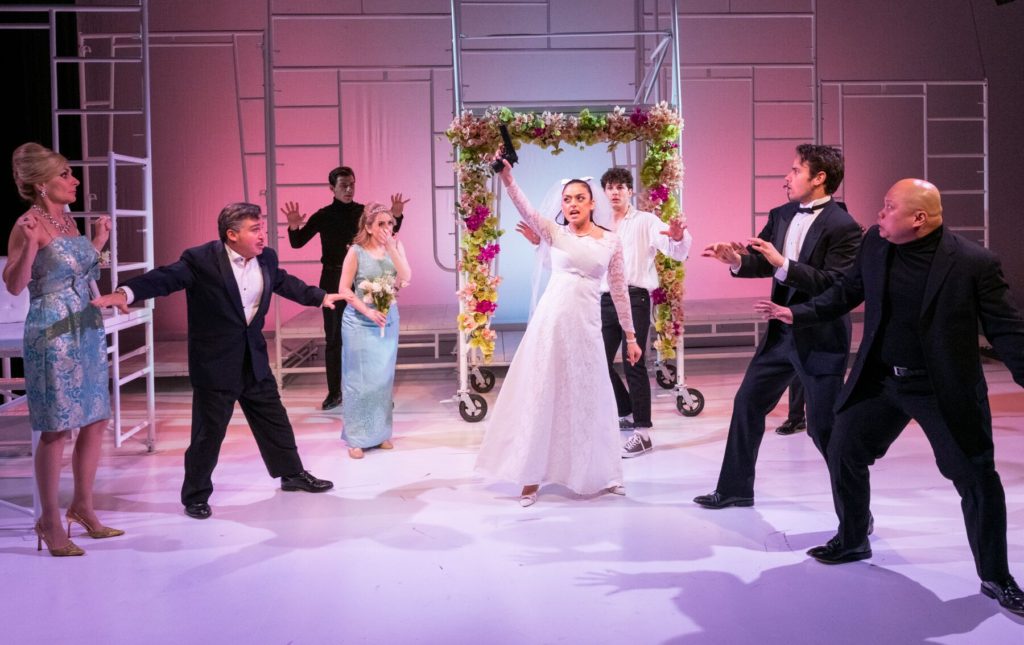 Bernadette takes control (it’s her wedding, after all)