[This article was written for Digital First Media’s Michigan newspapers, where it ran on Sunday May 13, with reviews to follow during the summer.]

Ontario’s Stratford and Shaw Festivals are celebrated as much for their diverse programs of classic and modern plays and musicals as for their productions of William Shakespeare and George Bernard Shaw. Separate and distinct from one another, the companies nonetheless have much in common. Both surround their namesakes with a wide variety of other works, performed in repertory over a six-month season. The rep system affords theater-goers the opportunity to see several productions over a weekend or even two in a one-day short-hop. That format also lures the finest North American actors, who relish the challenge of appearing in, say, “Julius Caesar” and “To Kill a Mockingbird” on the same day. (To wit: Jonathan Goad will appear as Brutus at 2pm and as Atticus Finch at 8pm at Stratford on Wednesday August 8.)

Four Shakespeare plays anchor the 2018 Stratford Festival season, with “The Tempest” and “The Comedy of Errors” already open, and “Coriolanus” and “Julius Caesar” joining them in June and July, respectively. Building on their record of creative casting, “The Tempest” will star renowned Canadian actress Martha Henry as Prospero (Prospera), and Seana McKenna is playing the title role of Julius Caesar. (No stranger to ill-fated rulers, Ms. McKenna was an electrifying Richard III in 2011.)  “The Comedy of Errors” goes a step (or two) further, with the two sets of twins in Shakespeare’s zaniest comedy being one-each male and female as well as one-each Caucasian and Black. (Well, why not?) The war-torn “Coriolanus” sticks with Shakespeare’s gender-roles, while bringing its malicious politics into modern relevance. 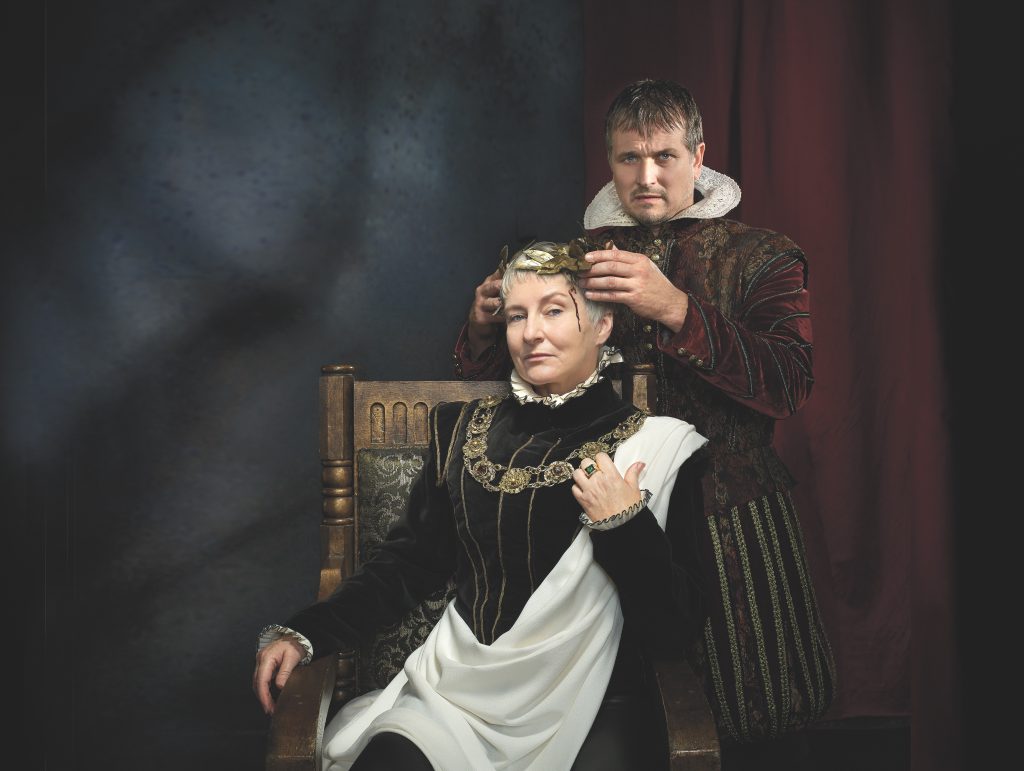 (*Trivia: Only two of Shakespeare’s plays unfold over just one day in just one locale. Answer below.)

Stratford’s annual musicals rival Broadway in talent and production values. Expect no less from “The Music Man,” which runs to November 3. . Appealing to a younger demographic, “The Rocky Horror Show” is also in the rotation, including some late-night performances to accommodate diehard fans. 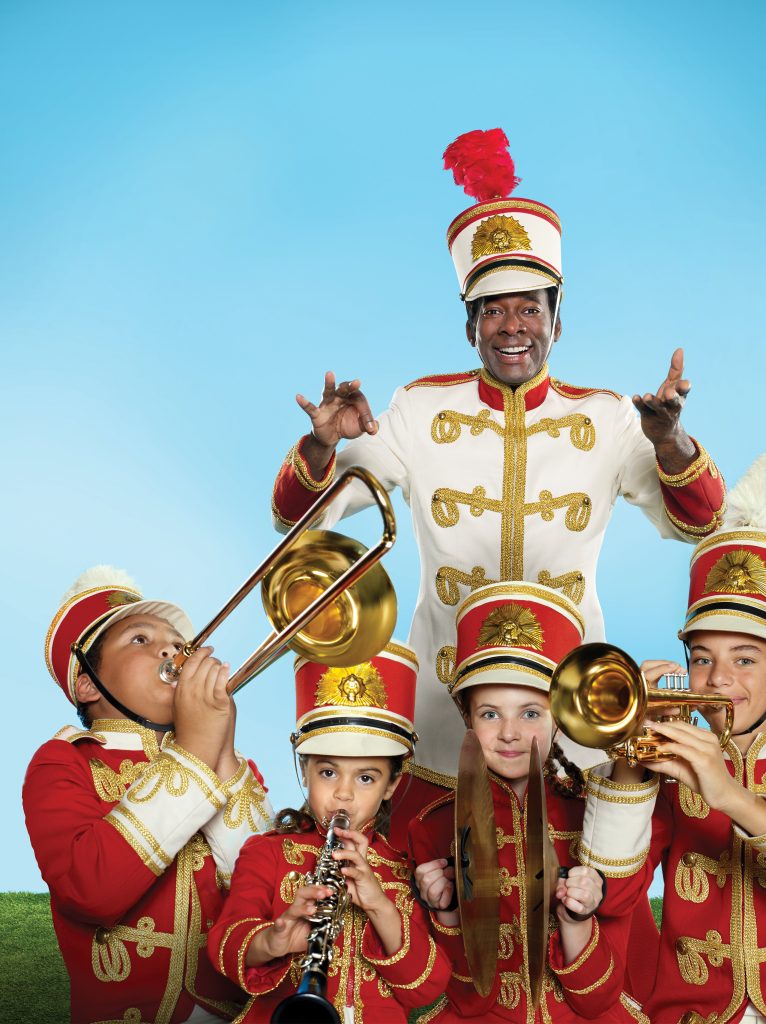 Serious drama is represented by Eugene O’Neill’s searing “Long Day’s Journey Into Night” and the dramatization of Harper Lee’s iconic “To Kill a Mockingbird.” Oscar Wilde’s comedy-drama “An Ideal Husband,” about a truly honest politician (it is fiction, after all) is also on the bill, as is a new play about the Bronté sisters. An English translation of a warm-hearted Italian play, “Napoli Milionaria,” about World War II survivors, and a timely drama based on Milton’s “Paradise Lost” round out the season. Under Antoni Cimolino’s overall artistic direction, there is indeed ‘Something for Everyone’ at Stratford.

Variety also reigns at The Shaw Festival, nestled in Niagara-on-the-Lake, in Ontario’s wine region. Their namesake is represented by a Comedy Double-Bill and a traditional Lunchtime One-Act. Two of Shaw’s short plays about marriage, “How He Lied to Her Husband” and “The Man of Destiny,” are presented under the title “Of Marriage and Men” one of Shaw’s favorite – and wittiest – topics.

A Shaw one-act comedy, “O’Flaherty V. C.,” about an unusual war-recruitment effort, will play on select days at 11:30am. Its point, that a big war is not necessarily a great one, carries over into “Oh What a Lovely War,” one of the season’s two musicals. The other, “Grand Hotel,” weaves the stories of the staff and guests of the Grand Hotel into a sweeping choreographic vision. Adapted from a play that itself had a successful Broadway run, the musical ran over two years on Broadway. Already open at Shaw, it runs to mid-October.

For murder-mystery fans, Sherlock Holmes is on the case in “The Hound of the Baskervilles,” while “The Baroness and the Pig” marks the Shaw Festival debut of Canadian playwright Michael Mackenzie. (While “Baroness…” might seem like a children’s title, the play carries a Mature Content alert. Hmmm…) Also on an adult topic, Sarah Ruhl’s backstage romantic comedy “Stage Kiss” is about two bitter exes cast in a play as lovers. Juvenile audiences are encouraged to attend “The Magician’s Nephew,” a magical plunge into Narnia. 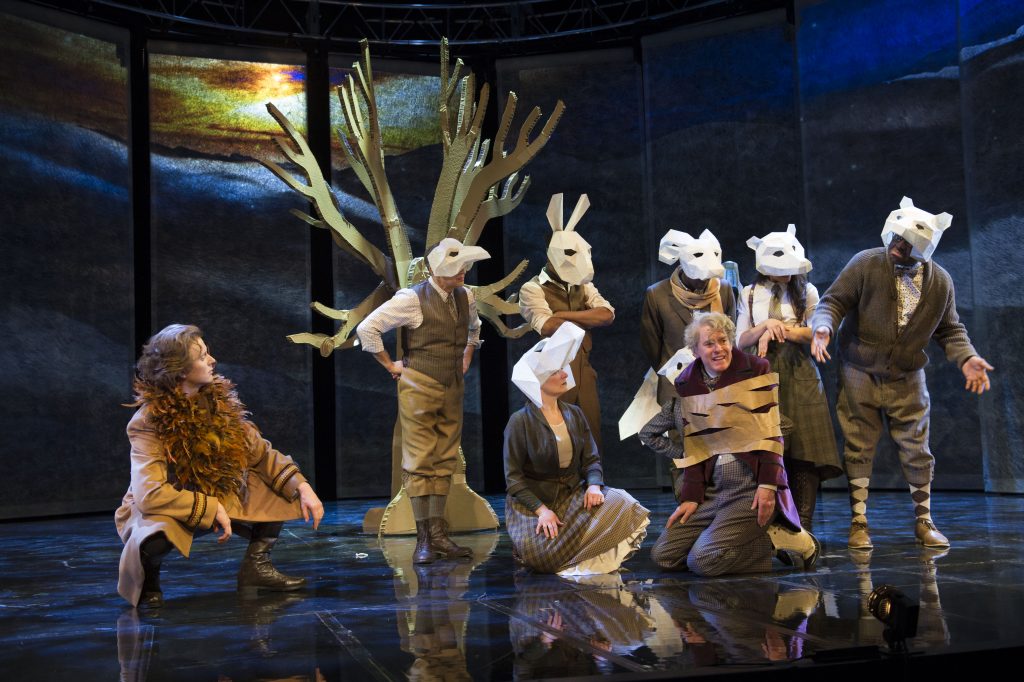 Members of the cast of “The Magician’s Nephew.” [Photo: David Cooper]

Tim Carroll’s second season as artistic director also includes “The Orchard (After Chekhov),” transposing the Russian playwright’s theme to a British Columbia setting; “Mythos,” three one-actor plays derived from Greek mythology; and, in a first for the Shaw, Shakespeare’s “Henry V.” (Stratford staged Shaw’s “Caesar and Cleopatra” a few years ago.) And for those who plan way ahead, “A Christmas Carol” is on the horizon. The Charles Dickens classic will run November 14 – December 23.  “We don’t stop playing because we grow old,” said Shaw (who died in 1950 at 94), “we grow old because we stop playing.”

Both Festivals run mid-April to late October and both offer comprehensive brochure booklets with performance schedules, maps, transportation and lodging info and more.  Request Stratford’s by phone: 800-567-1600 or online at www.stratfordfestival.ca   For The Shaw booklet: 800-511-7429 or at www.shawfest.com