Understudy: Not a Job for the Weak of Heart

Theater lore abounds with tales of understudies who have gone on to a degree of stardom, some as a direct result of having filled in for an indisposed performer. Shirley Maclaine, who subbed for Carol Haney in “The Pajama Game” in 1954 is an oft-quoted example. Another is Sutton Foster, who took over “Thoroughly Modern Millie” in 2002 and who is now on the reverse end of a resurgence of interest in the roles (sorry) of understudies, swings and standbys.

[Understudies, often already in minor roles, cover one or more larger roles; swings cover multiple ensemble roles in musicals. A standby covers one role and may be scheduled to perform at certain performances. Christine in “Phantom of the Opera,” for example, has a standby “alternate,” who plays the vocally demanding role at matinees. Current alternate Emilie Kouatchou assumes the role full time in January, becoming the first Black Christine on Broadway. Presumably, she will have a standby alternate.]

The recent spate of sickouts on Broadway has focused overdue attention on understudies, most prominently through Hugh Jackman’s gracious “Music Man” curtain-call acknowledgment of Kathy Voytko, who went on for Covid-positive Sutton Foster. (What goes ‘round comes ‘round.) Ironically, Jackman later tested positive himself, putting the show on hiatus to January 2. (A $600 orchestra seat to see two understudies, however accomplished, is a stretch.) 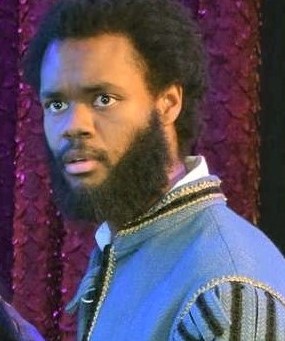 In many years of theatergoing, I have seen more than a few understudies step into significant roles. Some, in major leading parts, were outstanding. Most recent was Devante Owens, who went on last August 26 as Edmund in “King Lear” at Shakespeare & Company in Massachusetts, carrying and referring to the book so deftly that it became part of the character. Theirs was the best performance in an overall disappointing production. 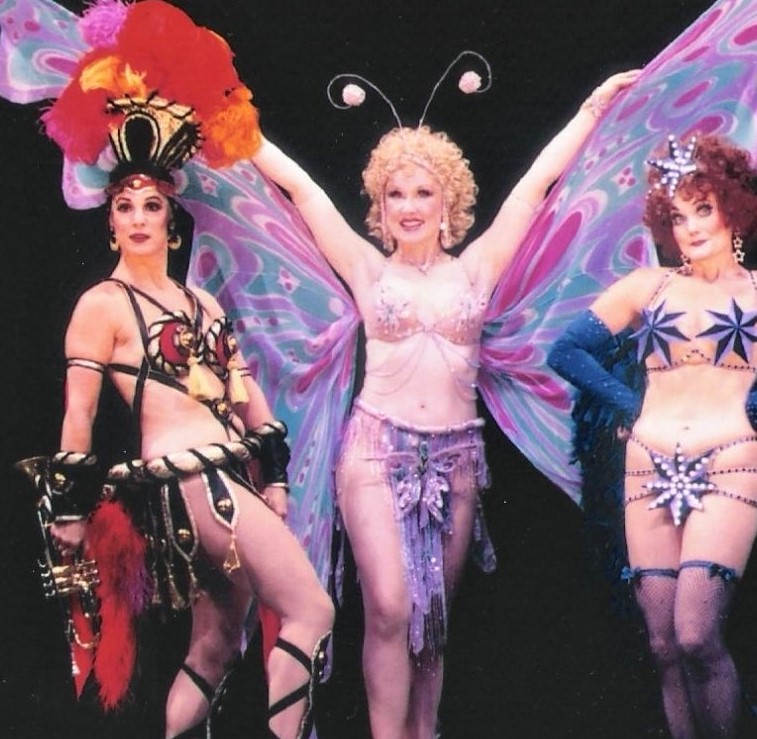 Four others stand out in memory. At Paper Mill Playhouse in 1998, I saw Jana Robbins on for Betty Buckley as Mama Rose in “Gypsy.” She had been slated to play Miss Mazeppa (“bump it with a trumpet”), a role she had also played while standing by for Tyne Daly on Broadway a few years earlier, going on for Daly more than forty times. Robbins was a terrific Rose, an opinion I happily shared with her at her nifty cabaret appearance with Haley Swindal in Rhode Island last summer. 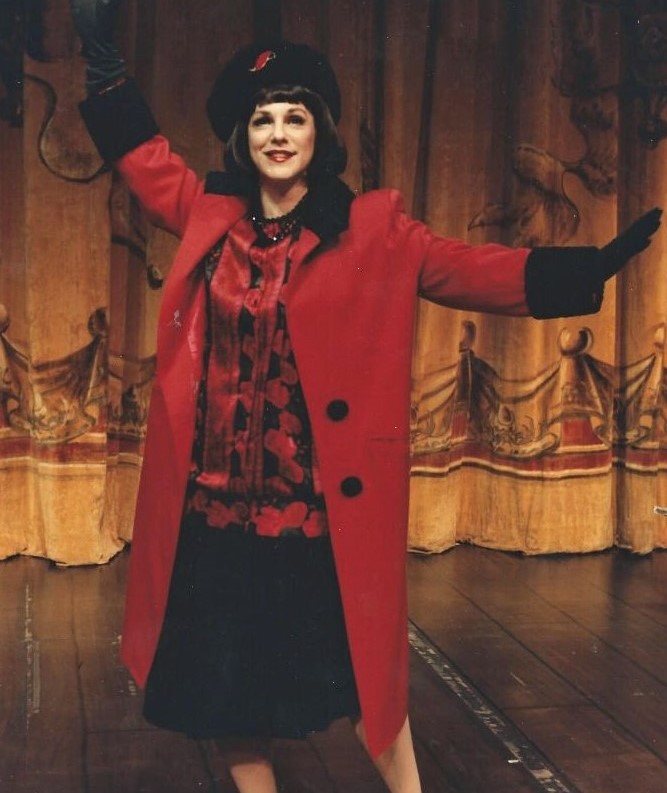 …and as Mama Rose

At an April 2013 matinee, Patina Miller was out as Leading Player in “Pippin,” clearing the way for understudy Stephanie Pope’s smashing performance. Similarly to Sutton Foster’s track, Patina’s billing had risen to star status after she was promoted from the ensemble to the lead role in “Sister Act” in 2006.

In 2018, I witnessed two understudy triumphs within months of each other. The first, on August 2, was by Kim Blanck, filling in for Nikki M. James as Viola in a new musical adaptation of “Twelfth Night” at the Public’s Shakespeare in Central Park. Not only was she a splendid Viola, but the playbill listed just two understudies: a woman, Ms. Blanck, and a man. (Fortunately, the scheduled Maria was able to perform that evening.) 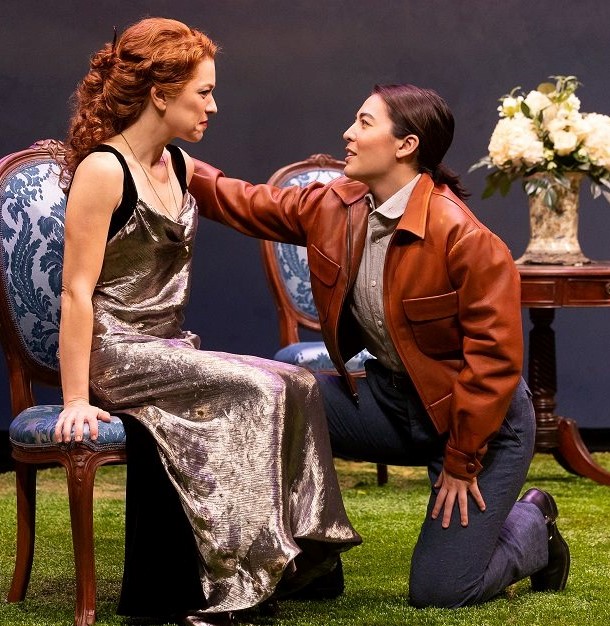 Coincidentally, Blanck’s next acting gig was as Viola (in the 1601 original) at Alley Theatre in Houston, where she received unanimous raves.

On Saturday, November 17 of that same year, “The Prom”’s two leading men took the stage at 2:20 to announce that leading actress Beth Leavel had suddenly become indisposed and the curtain was being held while understudy Kate Marilley was being pinned into costume. The play had just opened on that Thursday, and there had not yet been a full understudy rehearsal or costume fitting. (Kathy Voytko’s recent “Music Man” situation was similar.)

Of the five “Prom” roles Marilley was covering, Broadway diva Dee Dee Allen was the most demanding; she is prominent throughout and has two belter-challenging solo numbers, one in each act. Marilley was fully memorized and an occasional subtle nudge helped her block the part. To say she aced the role is to sell her short. The assessment in my review holds: “Kate Marilley,” I wrote, “turned in the best understudy performance I’ve ever seen, to enthusiastic applause, including from her fellow cast members.”

“The Prom” had the misfortune to open in the same season as “Hadestown,” which won eight of its fourteen Tony nominations, including Best Musical. “The Prom” closed, prematurely in my judgment, after a nine-month run. Marilley is now covering four roles in “Flying Over Sunset,” including Aldous Huxley’s first wife Maria, whom she is on for this week. 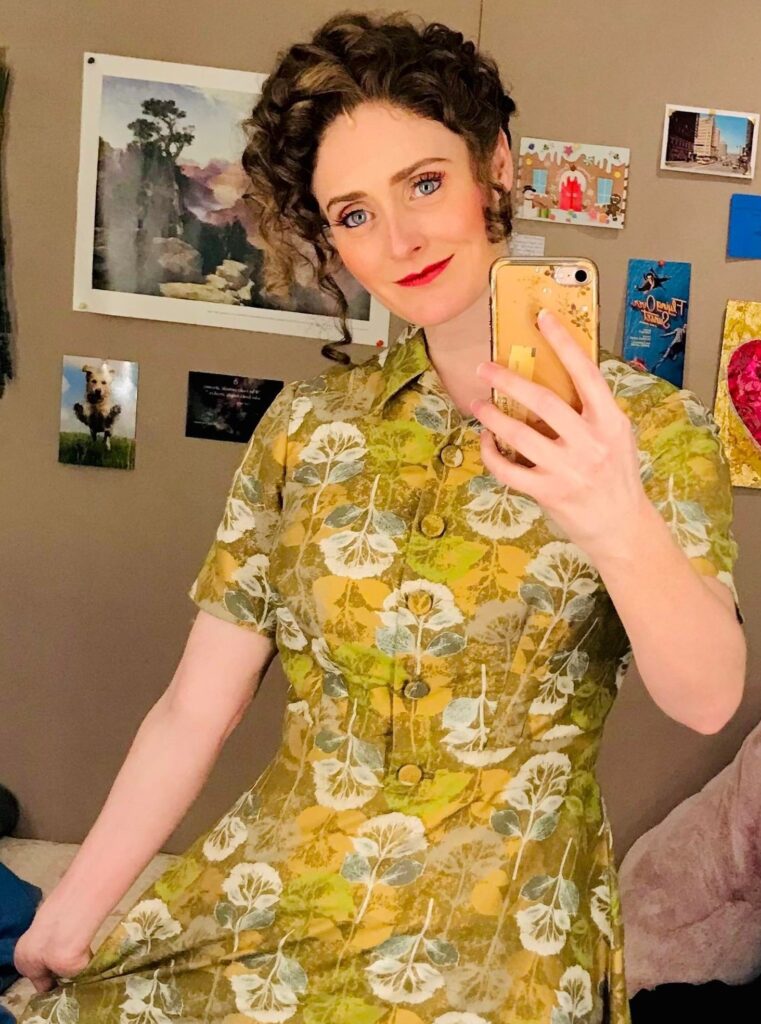 …and for Maria Huxley n “Flying Over Sunset”

In preparing this article, I asked Ms. Marilley if she had actually gone on for all of her “Prom” covers. Her answer sums up what this and other recent understudy articles are trying to convey:

“Yes I did!,” she wrote. “I covered one lead role (Dee Dee), two supporting roles (Angie & Mrs. Greene), one featured ensemble role (Olivia Keating), and one regular ensemble track. I went on for all of my roles multiple times! I was on for Olivia Keating for a month! Then Dee Dee for five shows, Mrs. Greene for fourteen or so shows, and Angie for one show.”

The three exclamation points are Kate’s. I was tempted to add a couple more.