The Dazzling Half-Dozen: “Six The Musical” on Broadway

Henry VIII wasted no time embarking on his multiple-marriage mission. Just weeks after assuming the English throne at age 19 in 1509, he wed number one of six, Catherine of Aragon, his older brother Arthur’s widow. (Catherine was the daughter of Spain’s King Ferdinand and Queen Isabella, who had, in 1492, backed a certain Italian explorer to sail the ocean blue.) Henry eventually divorced Catherine to marry Anne Boleyn, who, failing to produce a male heir, was beheaded on a questionable charge of adultery.

Henry’s next wives were, in order: Jane Seymour, who died from childbirth-related causes; Anne of Cleves, who, after Henry rejected her over her appearance, accepted a generous settlement to split; Catherine Howard, married at 19 to three-decade-older Henry and summarily executed at 21 on a fabricated charge of treason; and finally, Catherine Parr, who hung around, outliving Henry by a year.

Now, six centuries on, a half-dozen women of extraordinary talent and infectious magnetism are portraying those erstwhile Queens on Broadway in “Six The Musical,” which was shuttered by the pandemic hours before its intended opening in March 2020. So…the obvious question: Was it worth the wait? 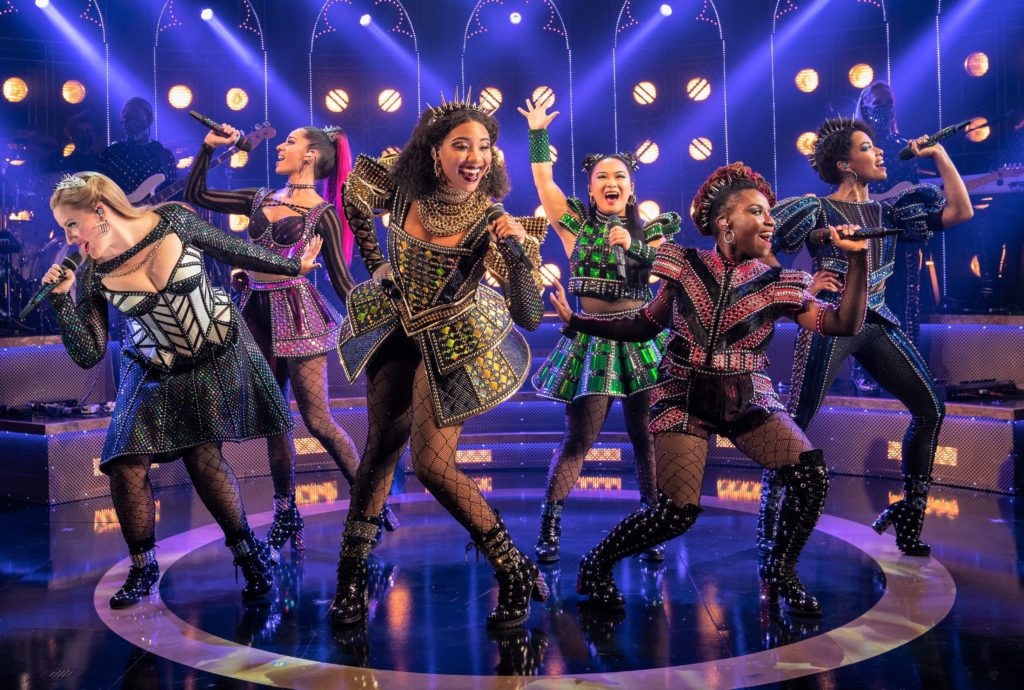 Most “Six” audiences are attending their first Broadway show in 18 months or longer, and the cheers that greet the curtain rising are as much for just being there as for the thrilling blasts of light and sound that open the show. I do not recall thinking about a one-set, six-character musical as being spectacular, but here it is. Worth the wait? Hell, yes.

Recently, I was telling a young person that musicals used to employ separate singing and dancing ensembles (I was in a few of the former) and how after “A Chorus Line” in 1975, if you couldn’t do both, and act, there was no point in even auditioning. The six “Six” women are supremely accomplished at those disciplines and more, including tantalizing stand-up bits. They do it singly and, impeccably, together; the whole of “Six” adds up to more than the sum of its parts.

Substituting “in historical order” for “in order of appearance” is somewhat deceptive; all these once-and-future Queens are essential to each one’s featured spot. Set up as a contest, each enlists the audience’s support to determine which wife got the worst deal. (I am usually turned off by audience-participation, but here, audience-inclusion is altogether engaging.)

The entirety of “Six,” its modern-beat music, clever lyrics and witty book, was created by the British writing team of (Toby) Marlow and (Lucy) Moss, an immense triple-threat achievement. Ms. Moss also co-directed (with James Armitage), making her, at 27, the youngest-ever woman with a Broadway directing credit.

First up is Adrianna Hicks. “No Way,” she sings, about Catherine of Aragon’s refusal to grant a divorce so that Henry could marry Anne Boleyn, “the one you all care about.” Andrea Macasaet’s “Don’t Lose Your Head” number says all you need to know about Ms. Boleyn’s fate. (“He actually wants to chop my head off!”) 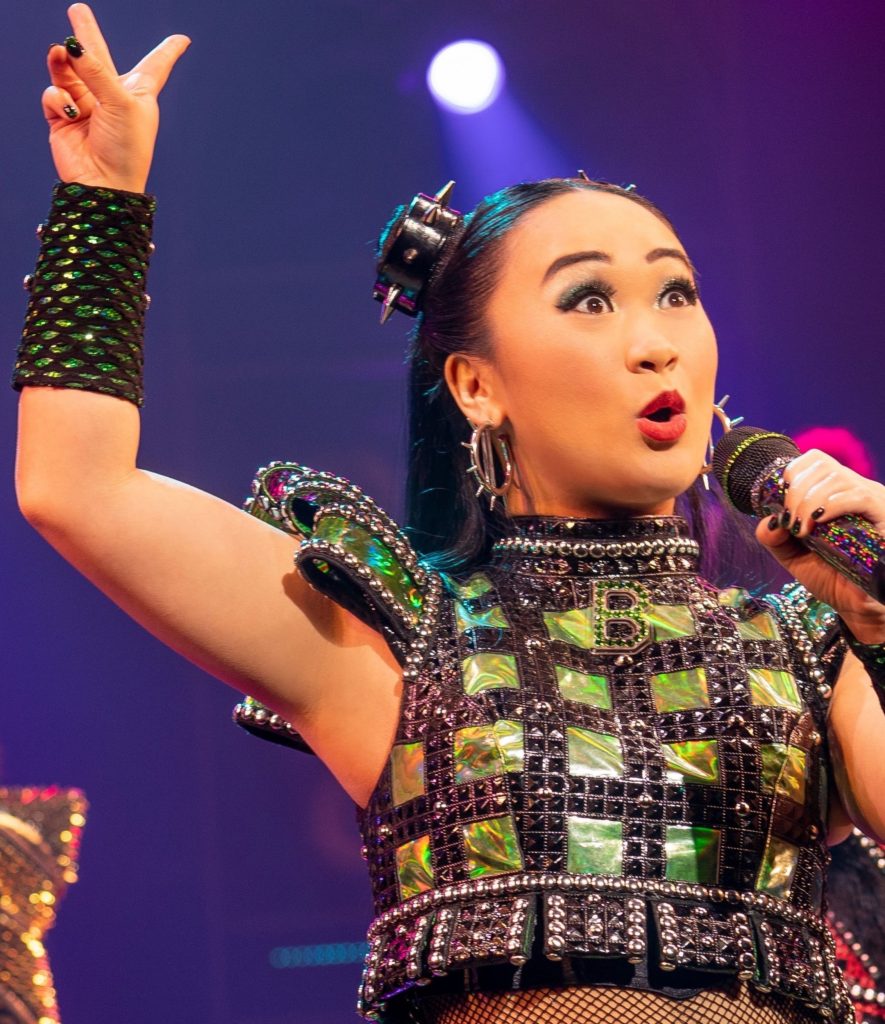 Third wife is sung by Abby Mueller, whose heartfelt “Heart of Stone” depicts Jane Seymour, the one apparently mutual true-love match. Brittney Mack as the ill-favored looker (a stretch) Anna (Anne) of Cleves, turns rejection “by a King 24 years my senior” into empowerment with “Get Down.” Katherine Howard was only 17 when she had to sacrifice true love to become Henry’s fifth. Courtney Mack, the alternate at my performance, made Katherine’s dear-Thomas letter “All You Wanna Do” a heart-breaker before she becomes the second executioner-assisted ex. As Catherine Parr, Anna Uzele makes a statement with “I Don’t Need Your Love,” apt enough considering this Catherine’s twice-widowed priors.

“Six” the song wraps “Six The Musical” rousingly, with the women eschewing competition in favor of sisterhood. We enter theaters, especially now, with high expectations. We leave “Six” on an unexpected high.