When’s the last time you heard a Dumb Blond joke? Me neither, until Robert Dubac pulled one early in “The Book of Moron,” his solo comedic commentary in a limited engagement through October 3 at SoHo Playhouse, hard by the Holland Tunnel entrance. Later, he seems to retract the transgression, but instead doubles down on it. Granted, it is a small part of the 80-minute running time, but the “lengthy pre-show announcement” suggests that people might leave with some unwanted ideas. Those antediluvian gags were mine. 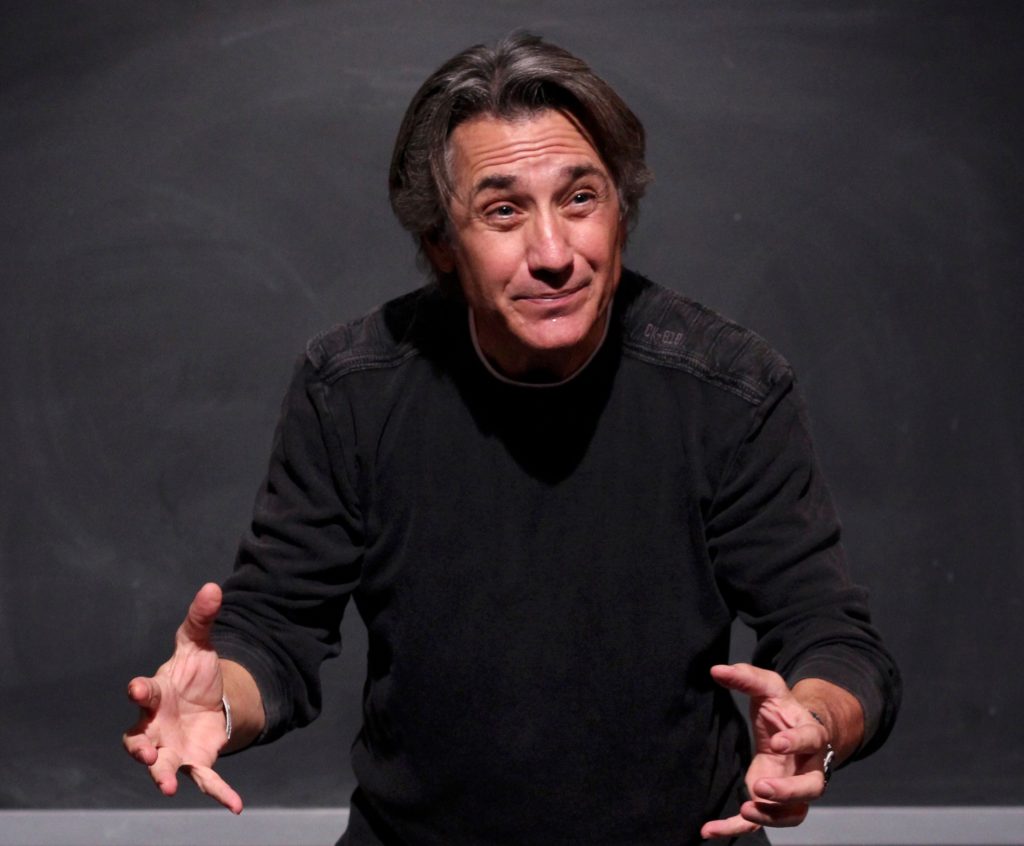 As first encountered, Dubac is trying to remember who he is. “Not so easy to answer,” he tells us. Soon enough, he comes up with a supporting cast of Inner Beings: Voice of Reason, Common Sense, Inner Child, Inner Moron, Inner Asshole (his list, not mine) and Scruples. Each Inner Robert has a share of the narrative, in accents that vary so little you can’t be sure which Inner is Outer. Common Sense is a ‘redneck,’ which leaves Alabamans vulnerable. (Their state’s name is the only four-syllable word they know.)

The show  was originally directed by Garry Shandling, who died at age 66 of a pulmonary embolism in 2016. Just how much of Dubac’s performance is traceable to the prolific writer/director/comedian is unknown (to me), but to be fair to both Garry and Robert, there is a discernible amount of wit and intelligence woven into Dubac’s routine. Some of the swipes at the usual suspects – Kardashians, Cosby, Epstein, altar boys/priests and Viagra among them – hit their marks, as does his riff on the truth, the whole truth and nothing but the truth. A Pavlov-based routine amuses, and Dubac also scores with a bit about the overuse of verbal interjections, including “just kidding” and “this is interesting;” “this may sound stupid” and “I’m just sayin’;” and the ubiquitous “not a problem” and “whatever.” (I would add restaurant servers’ “you got it,” which can precede actually getting it by a half hour.)

Overall, “The Book of Moron” is a pretty generic outing, relying on that low-hanging fruit and adult references that rarely exceed PG-13. 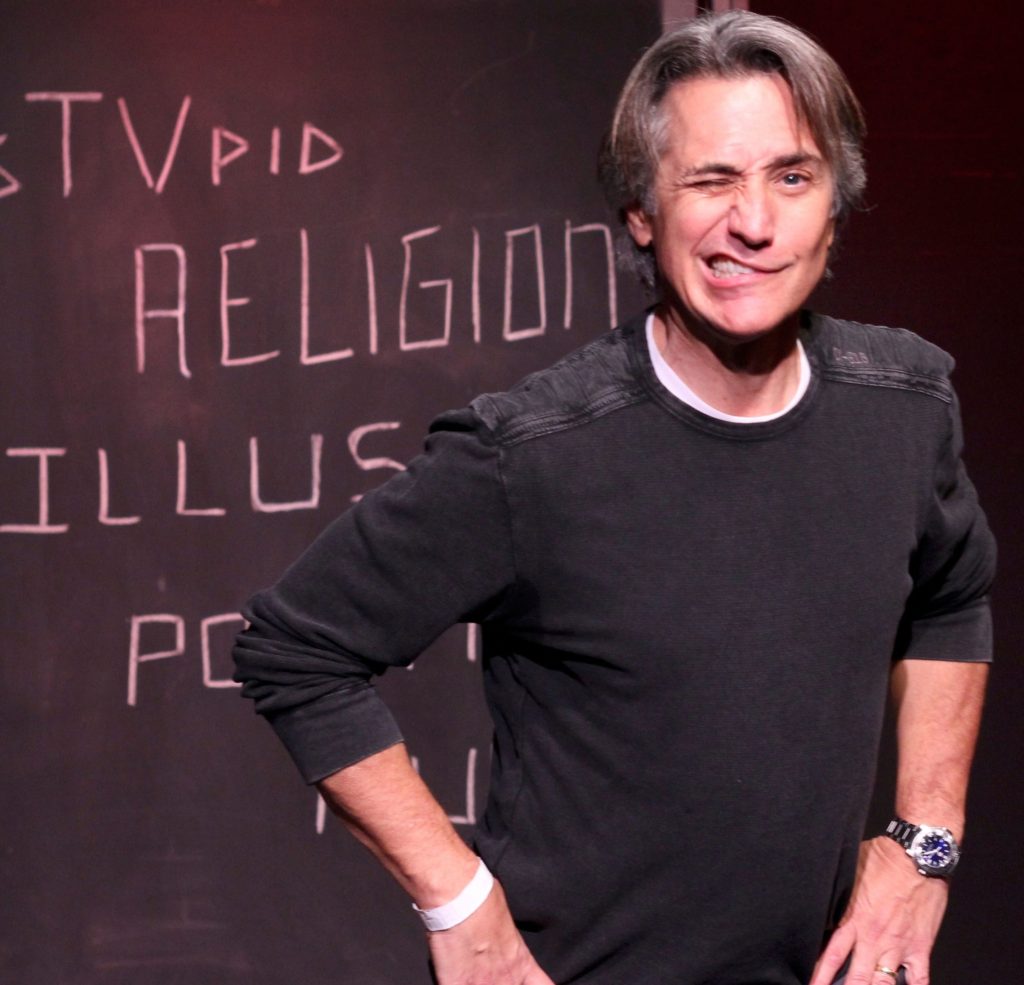 I got the feeling that Dubac’s true calling is traditional standup. His rap with an audience woman, whom he assures he won’t embarrass by asking her age and then zings her (harmlessly) from another direction, is clever; and his comeback to a heckler’s lame remark is spot-on: “Now you know how hard it is,” he told the guy – pause – “to be funny.” Yup, sure is.

Through October 3 at SoHo Playhouse, 15 Vandam Street, NYC. Fridays at 9pm and Sundays at 3pm. For tickets ($38-$59): www.theatremania.com  PROOF OF VACCINATION REQUIRED FOR ENTRY. There’s a bar downstairs in the Playhouse. Drinks may be carried up to the seats. I’m just sayin’.