What might you be doing one month past your ninety-first birthday? For John Cullum, who achieved that milestone in March, the answer was a sort of fallback plan: Two years earlier, the venerable two-time Tony Award Leading Actor in a Musical was preparing a retrospective of his storied six-decade stage career for a run at Feinstein’s/54Below. Titled “John Cullum: An Accidental Star,” his performance plan was derailed by a bout of pneumonia, an emergency heart surgery and, upon recovery, by the COVID shutdown.

Effectively turning a negative into a positive, Mr. Cullum instead filmed his erstwhile cabaret piece. Streaming online through April 22, it will be accessible to many more theater junkies than would have seen it in person. In this case, dare I say, the restriction on live performance might be a blessing. Intimately acted, directed and filmed, “Accidental Star” is an affecting pleasure; watching it at home is akin to having John over for tea. Abundantly comforting, it put me in a reverie.

At eighty minutes separated into sections (Shakespeare/Changes/A Different Direction/etc.), the piece is more compact than short. Written by David Thompson (from Cullum’s recollections), the book unfolds in chronological order. Audition and performance anecdotes, interspersed with readings and song snippets, build upon one another in less-than-predictable fashion, reflective of the “Accidental Star” appellation. Auditioning for Joe Papp’s Shakespeare company with an awkward “Alas, poor Yorick…,” for example, led improbably to understudying and going on script-in-hand as Chorus in “Henry V,” and then, in 1960, to a “slightly snockered” audition for “Camelot,” in which he played Sir Dinadan and understudied Richard Burton’s King Arthur. He went on for Burton four times during the run before replacing Roddy McDowell as Arthur’s bastard son Mordred. (In 1964, Cullum played Laertes to Burton’s Hamlet, which was my first seeing that play.) 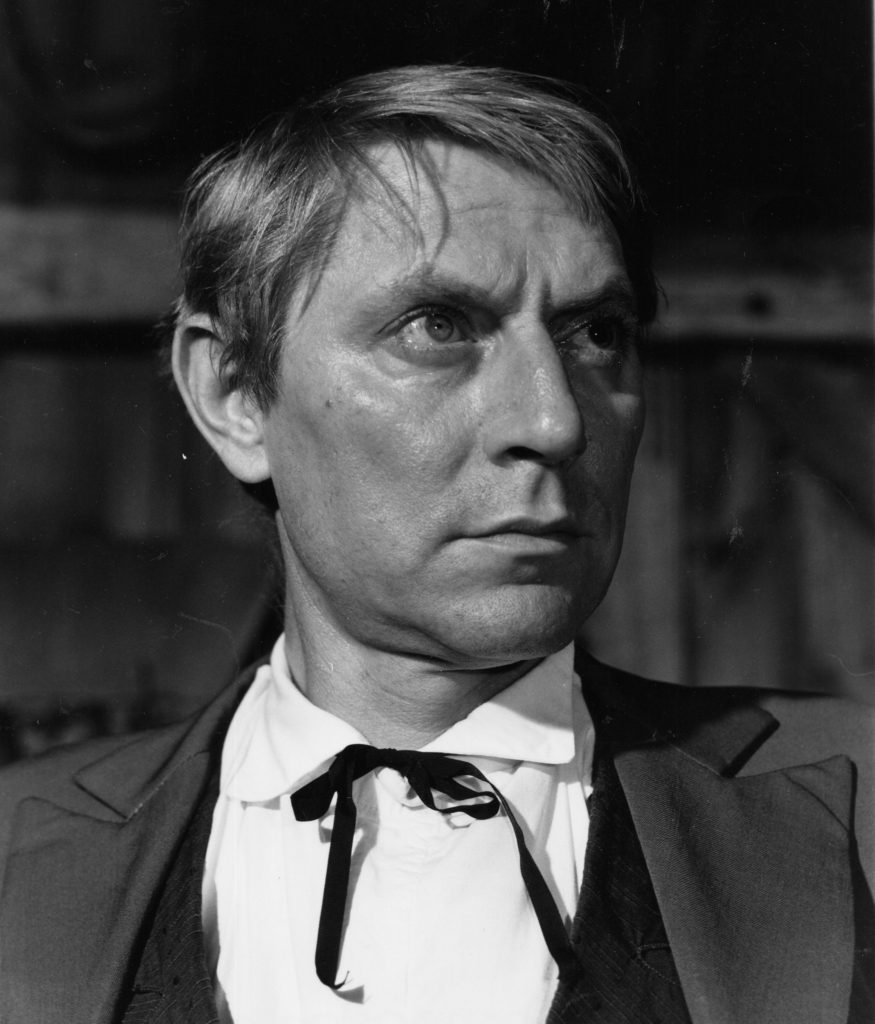 Tony-winning leads in “Shenandoah” and “On the Twentieth Century,” were to follow, both via quirky casting maneuvers. (Try to imagine Jack Palance in “Shenandoah.”) He came by “On a Clear Day You Can See Forever,” “Urinetown” (“…a ridiculous title”) and “The Scottsboro Boys,” his most recent Broadway outing, under improbable circumstances as well, earning rave reviews in them all. 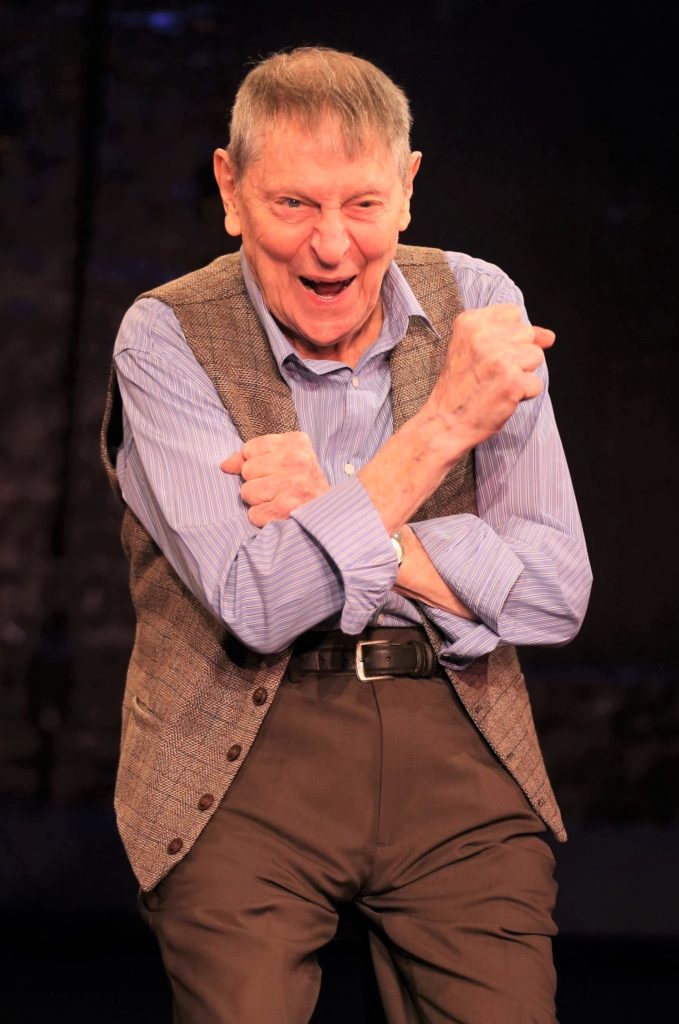 Although Cullum might be equally known, especially by a younger demographic, for his TV appearances, notably as Holling Vancoeur in 115 episodes of “Northern Exposure,” that aspect of his career warrants no more than a passing mention. “Accidental Star” is a Theatre piece.

The only digression is Cullum’s tribute to his mother, who died in a car crash in 1956. (The exact date, not revealed here, adds poignancy to his telling.) The circumstance surrounding her loss still resonates with John after 65 years. Re-inserted into the text (“I wasn’t going to tell, but it’s important…”), it is a heartfelt reflection, none of it maudlin. So saying, and quoting Cullum, “Okay, enough of that.”

Musically, “Accidental Star” is a nostalgic mixtape. “On a Clear Day” is an ideal show-opener, and hearing it sung by its originator is a treat. Mr. Cullum might have lost some of his vocal range and pitch-perfection – he is 91, remember – but his resonance and phrasing are intact. Portions of three numbers from “Shenandoah” are well reprised, and “I Rise Again” from “On the Twentieth Century” earns its spot in the show. Cullum finesses a couple numbers from “Camelot,” but so did Burton – at age 35! 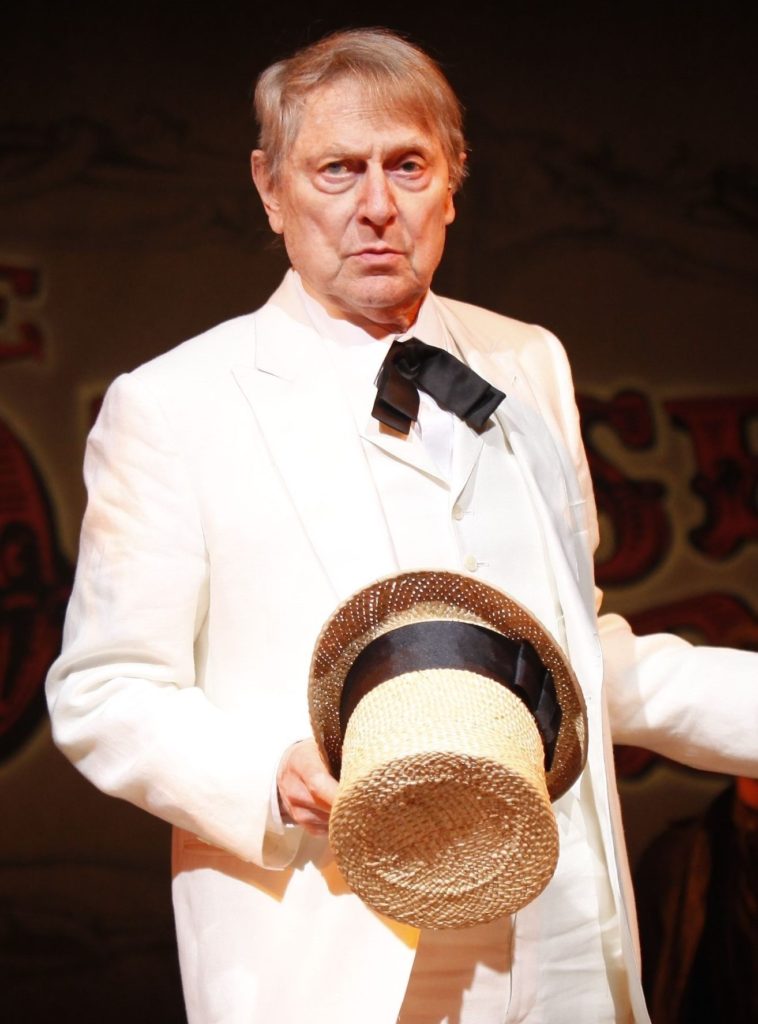 “Accidental Star” feels as close to live as anything I have seen on film or Zoom this past year. Directors Lonny Price and Matt Cowart frame their star mostly in full body, with some effective closeups and a few cutaways to accomplished musical director/pianist Julie McBride. In short there’s simply not a more congenial spot than a visit to “John Cullum: An Accidental Star.”

The Goodspeed Musicals and Irish Repertory Theatre co-production is streaming through April 22. For scheduling and “price you wish to pay” ticketing information: https://www.vineyardtheatre.org/an-accidental-star/