Married Thirty-five Years and Counting (or maybe not): “Bone on Bone”Premiere

Many a fine play is waylaid by shoddy acting and/or directing. (Recall your last misbegotten Shakespeare.) Conversely, a lesser theater piece can be enhanced by superior efforts in those categories. Such is the case with Marylou Dipietro’s “Bone on Bone,” enjoying a well-acted world premiere production at New Jersey Repertory Company.

The word ‘lesser’ is used advisedly. “Bone on Bone” is not a bad play – or one beyond redemption. It is just…mild. One becomes invested in the two characters, whose situation is relatable, but whose indecisiveness becomes frustrating as they spar with one another without landing any telling blows before ending up in a bland rapprochement.

Manhattanites Jonathan (John Little), 60, and Linda (Wendy Peace), 59 but appearing younger (per the playwright), are in a complacently traditional 35-year marriage. He is a partner in a prestigious NYC law firm; she, a painter, apparently proficient, but hardly renowned. 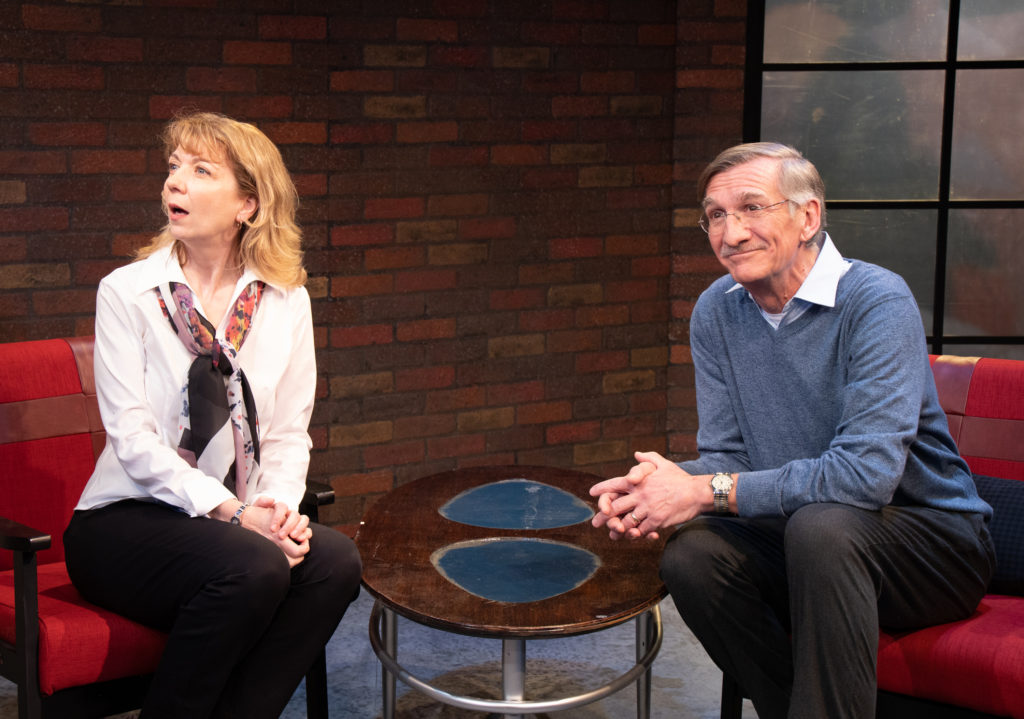 Lest the title’s metaphorical connection to their tenuous marriage escapes us, this from Linda’s early speech, ostensibly about calcium deposits: “What’s the stuff between the joints? When it’s gone they call it bone on bone?” Later, in another context, she says “That’s the thing, you can’t make up for lost time.” And there you have the crux and message of Ms. Dipietro’s play.

Sublimated issues arise when Linda’s former mentor offers her a position heading up an artist-in-residence program at Rhode Island School of Design. Will she take the job? If yes, must she move to Providence? (“You can’t be an artist-in-residence if you’re not ‘in residence’.”) Will Jonathan leave his lucrative Big Apple practice to move with her? After all, he did once entertain the notion of opening a hardware store. That the play holds our interest as they dance around these questions for eighty minutes is a comment on audience voyeurism. We wait for an emotional eruption but end up settling for a Hallmark resolution. (As a side note, the idea that a couple might split up after 35 years of marriage would have been unthinkable a generation or so ago. Today? Meh.) 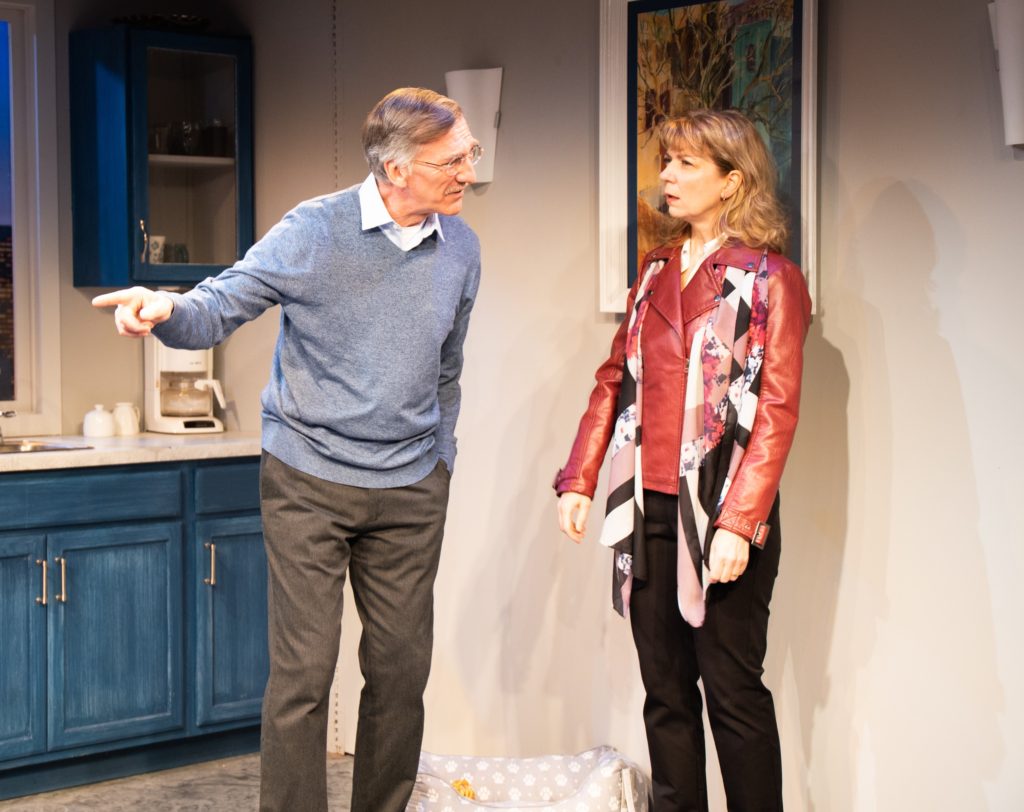 A third character, Linda’s job-offering advocate Ernest, who prefers Ernesto (finally, Ernie), spurs Jonathan’s passive-aggressive jealousy. Devoting less time and dialogue to the fellow’s expectorating-in-public habit and his nasal excretions would lend at least some justification for that concern. As it is, anyone whose sense of self is intact would pass on a pass by Ernie. (Thankfully, he does not appear).

Neither Linda nor Jonathan offers or invites intimacy, save for a couple of mild gestures, which, while touching, are tentative. This has not been a passionate marriage. (A tossed-off exchange about why they are childless comes and goes in a blink and she has never even seen him blow his nose in 35 years.) Given the couple’s opposing personalities and the playwright’s tight rein on them (civility reigns), the actors’ mining the piece for emotional nuance is admirable.

Mr. Little, lawyerly in appearance and demeanor, conveys Jonathan’s vexation with his reserve, which he cannot shake, despite both desire and motivation. It makes him a rather sad character, both to himself and to us, a quality (if such it be) that the actor reveals beneath a dignified veneer.

Linda is pretty much the opposite. Her potential joie de vivre, tamped down over the years, reveals itself just under the surface of Ms. Peace’s multi-level performance. Left standing alone at the end of some scenes, she conveys the woman’s (many women’s?) frustration with her station through small but telling gestures and expressions (especially effective in the intimate venue).

Plays that pose questions and leave them unanswered comprise a genre of their own. Such plays can inspire post-performance conversations that might go on for days. “Bone on Bone” aspires to that level, but a few remarks on the way home will likely do the trick.