The Broadway theater season, which ends in late April, culminates with the American Theatre Wing’s Antoinette Perry Awards – the Tonys. For the 2018-19 season 42 nominators considered 34 eligible shows in 24 categories. (No critics are among the nominators and few are among the 831 voters, some of whom have personal and/or financial interests in the productions…a topic for another day.)

The Outer Critics Circle and Drama Desk Awards, both of which are nominated and voted by critics, have already been announced. Some winners coincide, but where Tony is exclusively Broadway, OCC and DD consider off-Broadway as well. Here are predictions in sixteen Tony categories:

Best Musical: Two of the five nominees would be shoo-ins if the season did not include the other. “The Prom” was my runaway favorite until I saw “Hadestown,” a brilliant riff on the Orpheus/Eurydice and Hades/ Persephone Greek myths (in modern vernacular). “The Prom,” with its dual tracks of self-involved Broadway actors and a same-sex prom date, is both humorous and heart-warming. Both are deserving and either could win, but the glittery “Hadestown” is more likely. 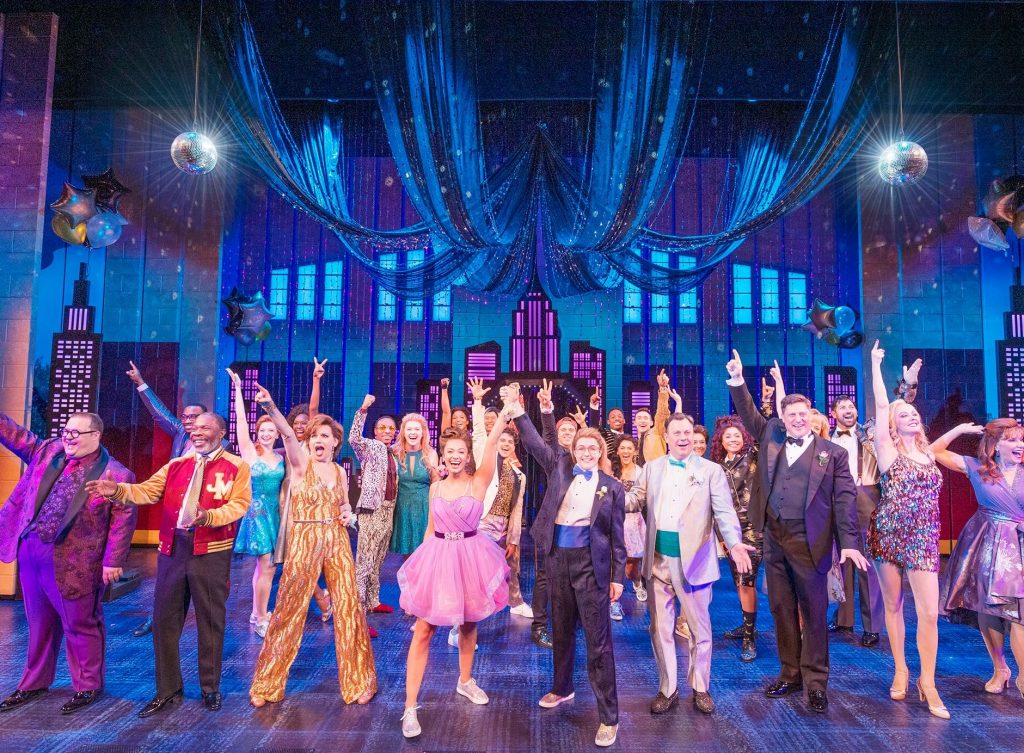 The cast of “The Prom” [Photos courtesy of the productions]

Best Play:  The British-imported “The Ferryman,” a play set against Ireland’s 1980s “troubles,” is a galvanizing three hours. The largely American replacement cast is every bit as good as the original Brits. Prediction: It will (and should) win. 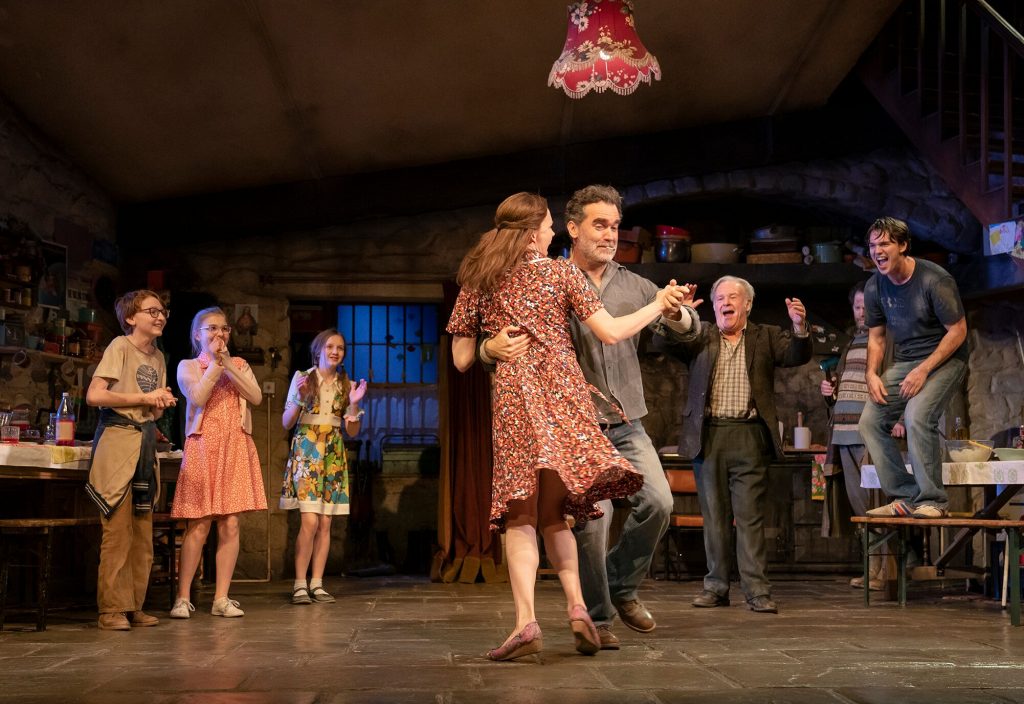 Musical Revival: With only two contenders, either “Kiss Me, Kate,” which is tweaked to reflect the #MeToo era, or the totally re-imagined “Oklahoma!” will win. My choice would be the latter, but a conservative voter base might not be ready for its makeover. “Kiss Me, Kate” is the likely winner.  (Both Outer Critics and Drama Desk cited the off-Broadway “Fiddler on the Roof in Yiddish.”)

Play Revival: Arthur Miller’s 1947 “All My Sons” is infused with new energy by terrific direction and performances. The plot, revolving around faulty airplane parts, remains all too relevant. The recently-closed “The Waverly Gallery” is a formidable contender, spurred by its star (and Best Actress nominee) Elaine May. 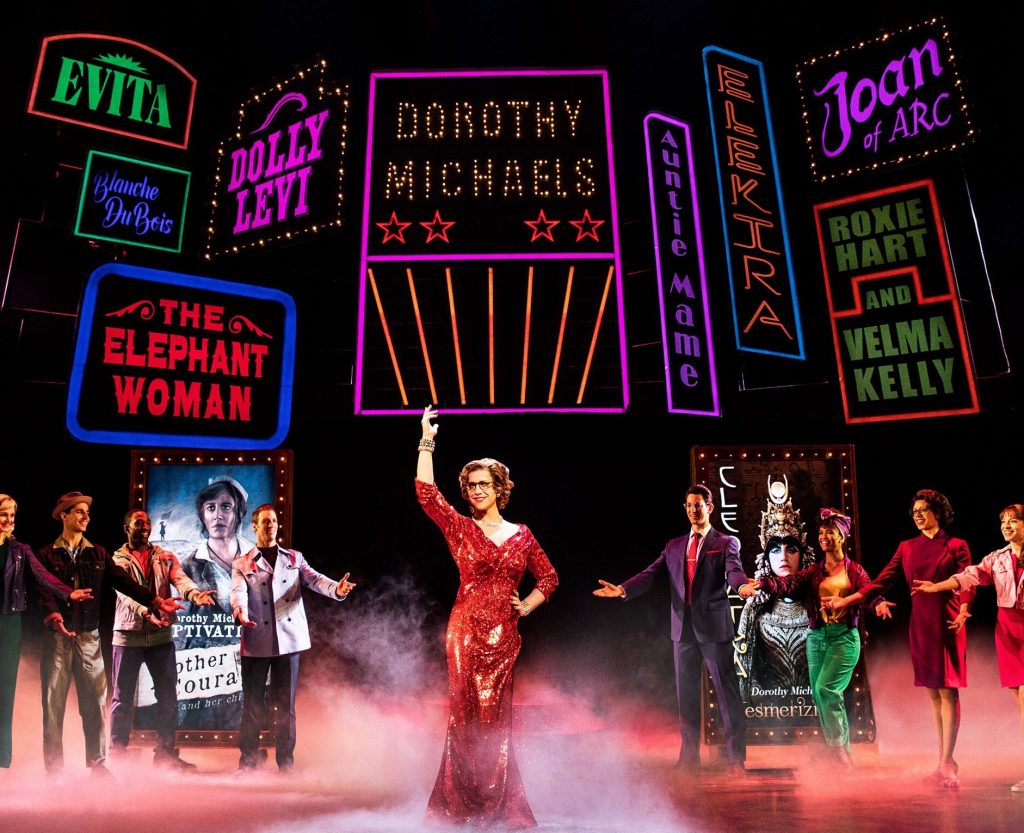 Leading Actor in a Musical:  Dustin Hoffman was Oscar-nominated for the “Tootsie” movie in 1983, losing out to Ben Kingsley, for “Gandhi.”  Santino Fontana is Tony-nominated for the same role in the musical “Tootsie.” Gandhi himself couldn’t beat him.

Leading Actress in a Musical: Stephanie J. Block is the likely winner as the eldest of three incarnations in “The Cher Show” in a close vote over Kelli O’Hara, who re-invents the “Kiss Me, Kate” diva as a feminist. (Vote totals are not made public.)

Bryan Cranston on the “Network” set

Leading Actor in a Play: This is a Finch face-off between Bryan Cranston in the Peter Finch “Network” role and Jeff Daniels as Atticus Finch in “To Kill a Mockingbird.” Neither drama was nominated for Best Play, but one of those leading men will win. (My guess is Cranston, if only for the mad scene.) 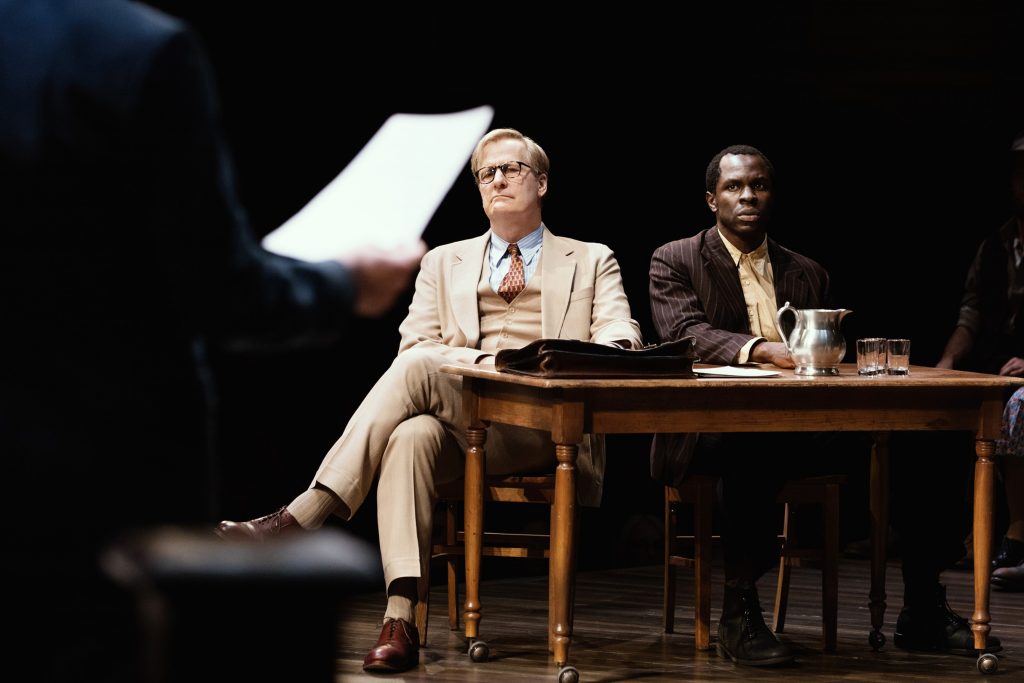 Leading Actress in a Play:  In this strong category, Elaine May is first among equals for the progressively addled proprietor of “The Waverly Gallery.” Equally deserving are Annette Bening for “All My Sons,” Janet McTeer as The Divine Sarah in “Bernhardt/Hamlet,” and Laurie Metcalf for her half of “Hillary and Clinton.” Elaine May, at age 87, is your winner. (In a notable snub, Glenda Jackson was not nominated for her King Lear.)

Featured Actor and Actress in Musicals: Even if he were less than wonderful as Greek god Hermes in “Hadestown,” André de Shields could win for his lifetime body of work. But he is and he will. In the same show, Amber Gray is a goddess Persephone to die for, but she’s up against a formidable contender in Ali Stroker, who uses a wheelchair, as a captivating Ado Annie in “Oklahoma!” Both women are deserving. A tie vote would be perfect. 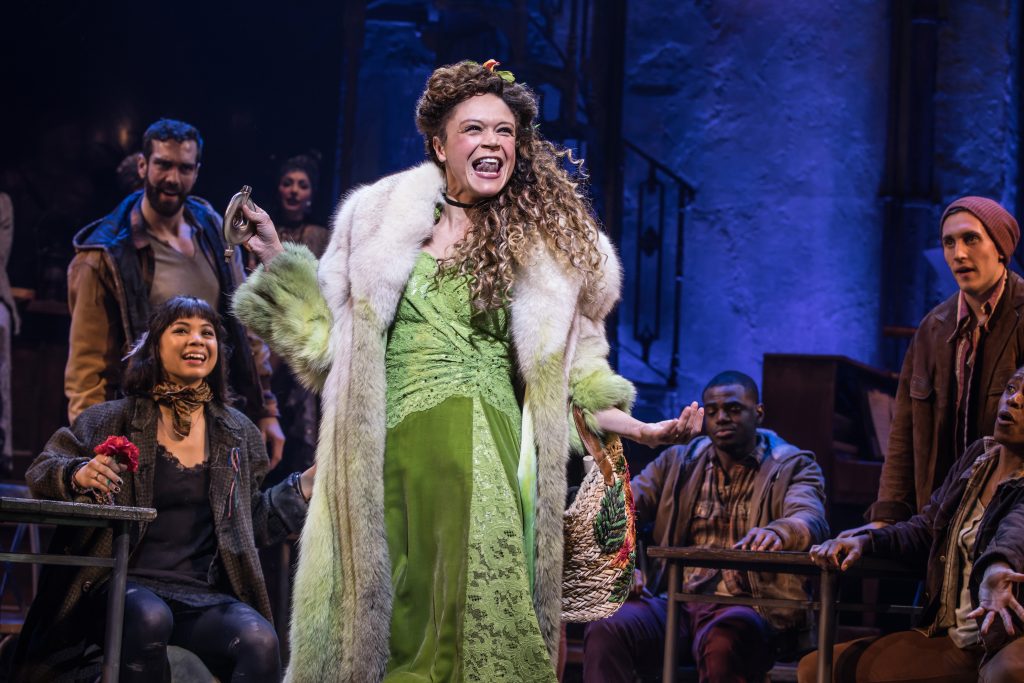 Featured Actor and Actress in Plays:  Benjamin Walker as the anguished Chris in “All My Sons,” and Celia Keenan-Bolger as adolescent Scout in “To Kill a Mockingbird” should prevail. Walker’s main competition is Bertie Carvel as Rupert Murdoch in “Ink.” Keenan-Bolger’s is…forget it. Bet the ranch. 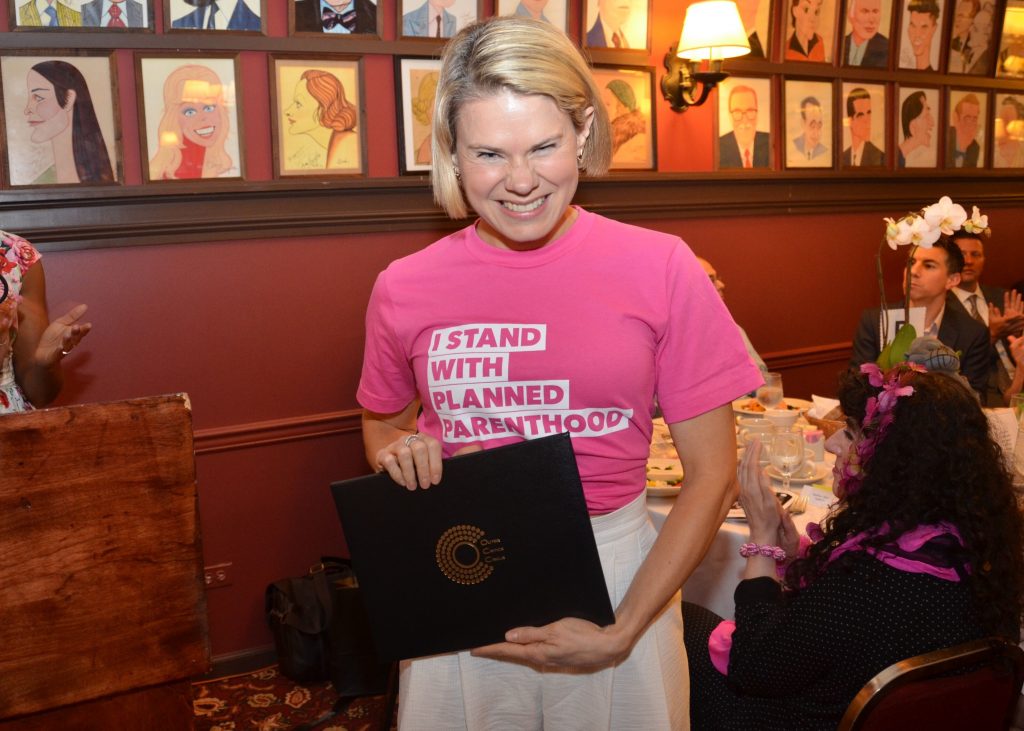 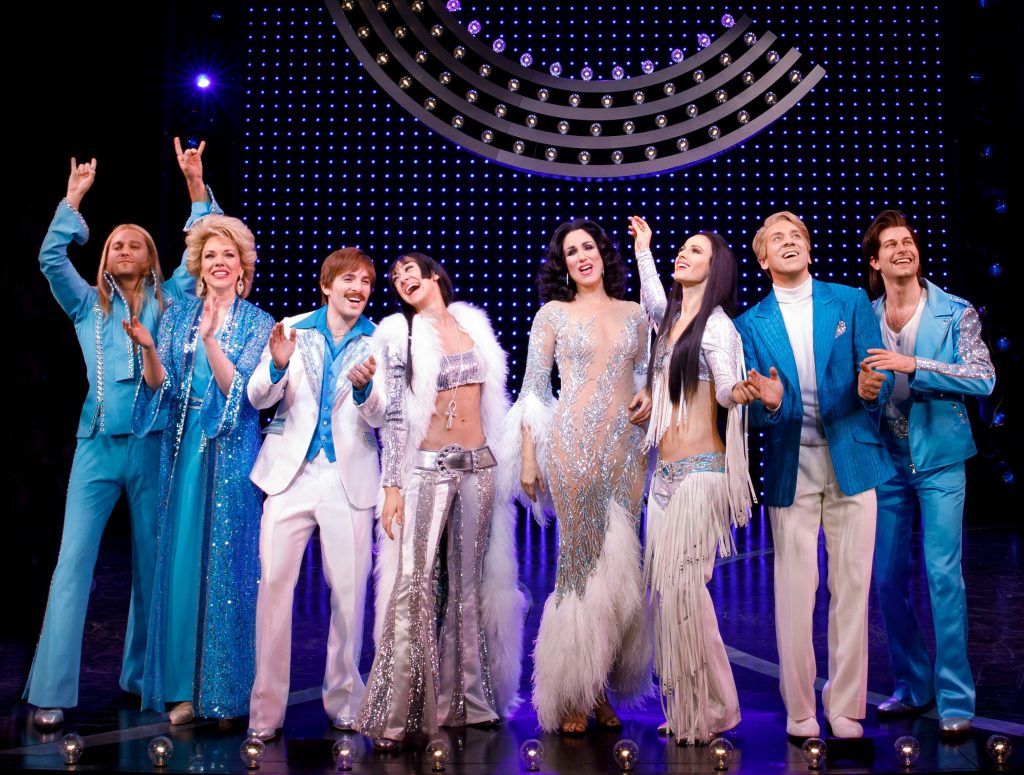 Best Directors of a Play and a Musical:  While these do not always coincide with the respective Best production winners, my prediction is that they will this year: Sam Mendes should win for “The Ferryman,” as should Rachel Chavkin for “Hadestown,” whose composer/lyricist/book writer Anais Mitchell is also a woman. About time, right?

The 73rd Annual Tony Awards, hosted by James Corden, will be televised live by CBS-TV on Sunday, June 9 from 8 to 11PM. The festivities will include numbers from seven current Broadway musicals. Really.