Another fourth wall bites the dust in The New Group’s production of “Good for Otto,” at the Pershing Square Signature Center. David Rabe’s play, which premiered in 2015 at Chicago’s Gift Theatre, is not set in Grover’s Corners, but, we are told as the cast files into stage-perimeter seats, in the Berkshires town of Harrington, where our host, Dr. Robert Michaels (Ed Harris), is a counselor and chief administrator at Norwood Mental Health Center.

The play that follows (after a group hum) takes place in the Center’s offices and treatment rooms and in Dr. Michaels’ haunted memory bank. Acted by a superb 15-member ensemble, directed by New Group’s artistic director Scott Elliott and overlong by just a few minutes at three hours, including intermission, “Good for Otto” is fascinating Theatre. 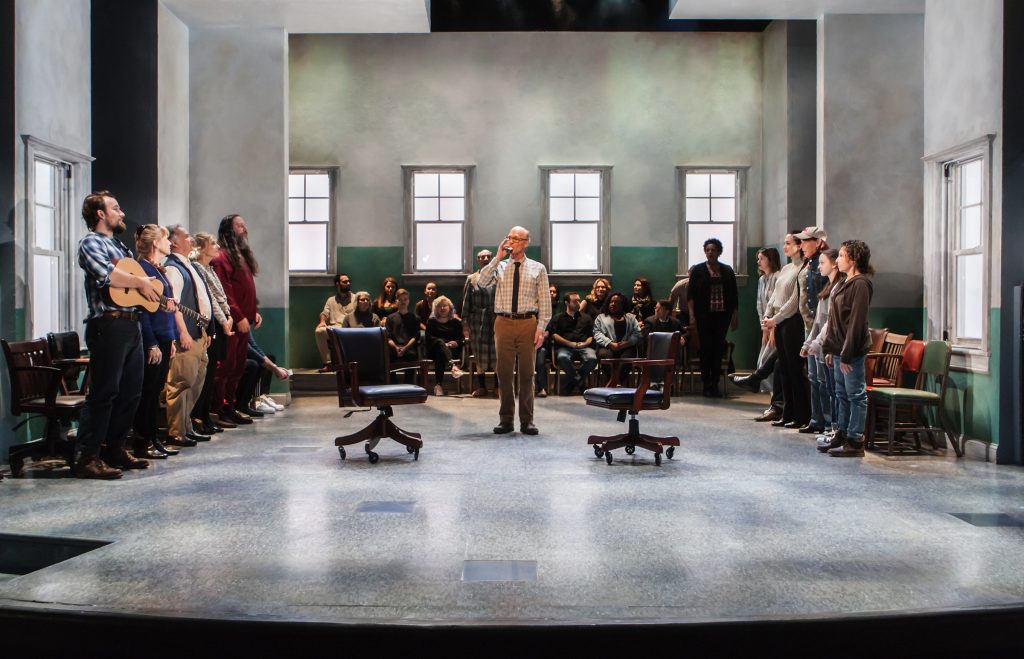 Ed Harris, pitchpipe at the ready, and the cast of “Good for Otto” [Photos: Monique Carboni]

The individually portrayed Norwood Center patients rarely interact with one another, but their back-stories and treatment regimens are linked by their sessions with the good Doc and his consulting therapist Evangeline Ryder (Amy Madigan). The play is based on material from the book “Undoing Depression: What Therapy Doesn’t Teach You and Medication Can’t Give You” by Richard O’Connor, in which he posits that depression “is not a feeling, but the inability to feel.” (The collaboration between that source material and multi-award-winning playwright Rabe is a formidable one.)

The patients are not alone in their various stages of distress; their families are equally affected by their puzzling behaviors and breakdowns, as are even their care providers. It is as if emotional, mental and social maladjustments are contagious. Nora, for example (Rhea Perlman), is driven to distraction by the self-destructive behavior of twelve-year-old Frannie, whom she fosters and wants to adopt. Frannie’s escalating drama also inspires protective instincts in Dr. Michaels…and, via Rileigh McDonald’s stunning performance, in anyone within a half mile. Barely into her adolescence, Ms. McDonald has the acting chops of a seasoned veteran. (Playing Matilda on Broadway was just a warm-up.) Also to the point, patient Barnard’s wife Teresa (Laura Esterman) cries out “I’m going batty with this way you’re acting” because Barnard (F. Murray Abraham) refuses to get out of bed. For weeks. 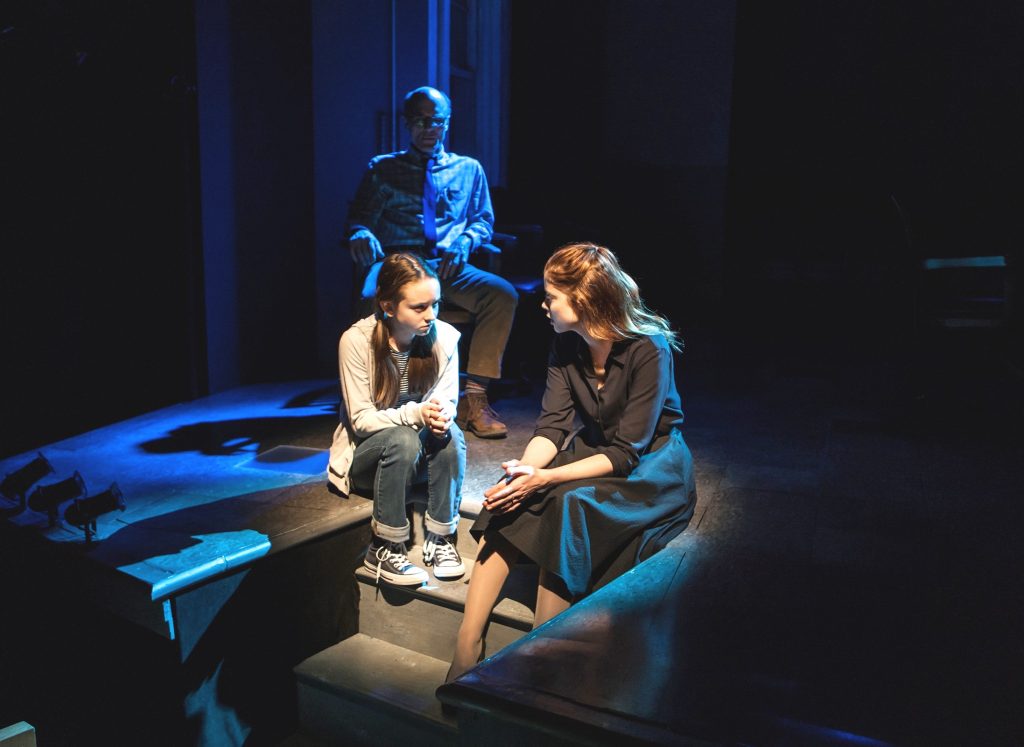 Dr. Michaels’ own psychological issues come forward in scenes with his mother – scenes that take place in his mind, since Mom had died years before under painful circumstances that are detailed late in the play. Appropriately enough, not having aged in her son’s memory, she is young, attractive, frozen in time. “Don’t you wonder what I am, really?” she asks the audience. “His mother? A ghost?” Charlotte Hope plays her wonderfully – ethereal and no-nonsense all at once. In Dr. M’s fantasy, his mother would be a comfort to Frannie; devoutly to be wished.

Title character Otto never appears. He lives with Timothy, a patient with self-control issues, played by Mark Linn-Baker, who does hyper as well as any actor ever. His distress over Otto’s impending intestinal surgery is acutely portrayed, and while Otto is a hamster (that’s not a typo), the fact of his surgery is an apt metaphor for the issues between the Center and its insurance provider, which is Rabe’s sub-text throughout. A conversation between Dr. Michaels and a Colossal Care case manager (Nancy Giles) is an indictment of this country’s health care system. Framed in amusing double-speak, it is nonetheless a searing indictment. 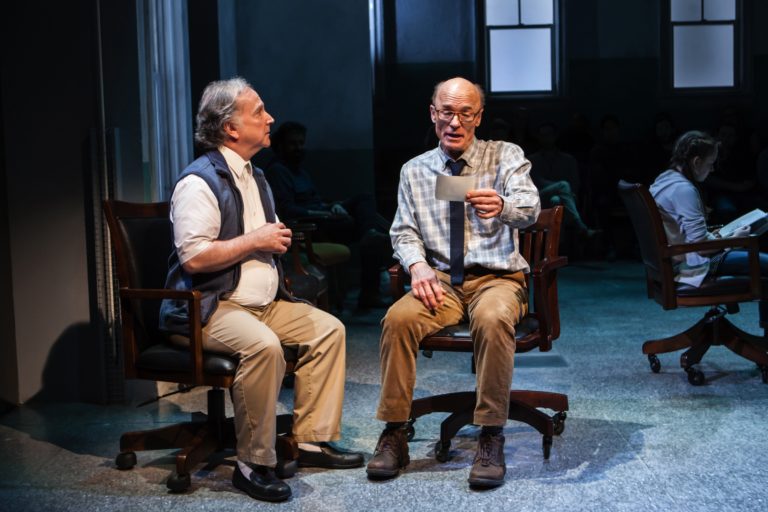 As enacted by Harris and Madigan and their “patients,” the therapy sessions have the ring of authenticity. (Asked by a patient if it’s wrong to ask her a personal question, therapist Evangeline replies “It would only be wrong if I answered.”) Under Elliott’s direction, the play’s separate threads mesh into a cohesive unit, with few wasted or unnecessary exchanges. A noted exception to that is the late appearance of patient Alex, played well enough by Maulik Pancholy, but whose monologues interrupt our established interest in the others. One ends up caring about Barnard and Teresa, about Timothy, about Nora, and about all the other patients, perhaps especially about Frannie. And while it’s somewhat of a spoiler, I sense your concern, so rest easy: Otto pulls through surgery with flying colors. Good for Otto.