“The play’s not called ‘A Delicate Balance’ for Nothing”**

Edward Albee’s “A Delicate Balance” recalls the playwright’s earlier (by four years) “Who’s Afraid of Virginia Woolf.” Both plays center on a couple’s love-hate marriage in a veritable river of alcohol and the specter of an offstage son. “Balance,” however, is subtler than “VW,” less direct in dialogue and relationships. It’s Pinteresque; what you see isn’t necessarily what you get. Or vice versa. 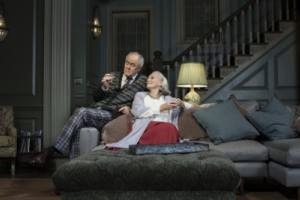 Agnes and Tobias are largely passive folks, whose passion and compassion for one another has all but dissolved, but Close and Lithgow border on lethargic for much of the play. He does have Tobias’s eventual meltdown to enact, but Agnes’s declaration that “This is one of those days when everything’s underneath” might have been Close and director Pam Mackinnon’s mantra.

Not only displaced in her parents’ home (“My bedroom is full of Harry and Edna”), Julia’s also starved for their affection; Plimpton is heart rending. Claire’s sarcastic zingers provide much-needed comic jolts, which Duncan reels off perfectly. Eschewing AA meetings (“I don’t like the people”), Claire regards herself as a drunk. “Alcoholics are sick,” she says, “Drunks are willful.” Balaban, in contrast, is a master of the single take: holding a stare, virtually expressionless, until it becomes funny. Perplexing, but very funny.

The ‘balance’ of the title is between love and forbearance, or sacrifice and self-preservation, or…whatever diametrical abstracts one chooses to read into the play. It’s a challenging piece, to be sure, but one that will take your mind off of your own balancing act. Not an inconsiderable benefit.

**Martha Plimpton in a Playbill interview

With new cast, “It’s Only a Play” still works…

After thoroughly enjoying “It’s Only a Play” twice with the original cast, I went to the three replacements’ initial public performance with modest expectations. While a full review of their first go would be inappropriate, I can report that the play survives very nicely. The comedy is intact as are both the satirical and romantic theatrical references. 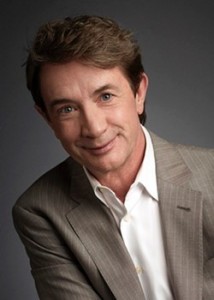 Martin Short is in for Nathan Lane, and while Lane is a virtual deity, Short is an accomplished comedic actor with faultless timing and an ingratiating presence. Maulik Pancholy is now the outré British director to no ill effect, and Katie Finneran is flat-out wonderful as the play-within-the-play’s producer. 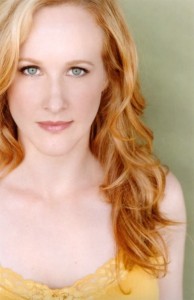 “It’s Only a Play” is still well worth seeing.