What they do for love: A Chorus Line” at Paper Mill Playhouse

I saw the original Broadway production of A Chorus Line five times, including early in the run, performance # 5,000 (of 6,137) on August 10, 1987, and on March 30, 1990, a few weeks before it closed.  Since then, I’ve seen it at least six other times, including Phoenix Productions (very good) in July 1999, the 2006 Broadway revival (so-so) and the current production at Paper Mill Playhouse in Millburn, New Jersey (superb). 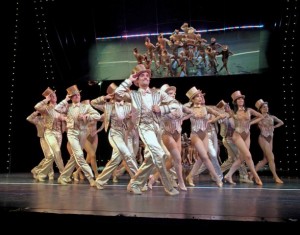 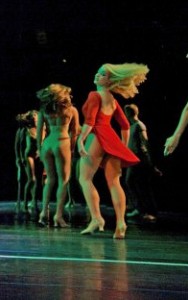 Certain people should make a point to see “A Chorus Line” at Paper Mill before it closes on October 28. Those individuals include anyone who has ever auditioned for a show or competed in any way for a job; anyone who has ever sung, danced and/or acted on any stage (or just air-danced in private); and anyone who remembers “A Chorus Line” from years ago or who, by some fault of timing or misguided choice, has never seen it. The Paper Mill revival is the most exhilarating two hours I’ve spent in a theater in years.  It’s a superb re-creation on every level: direction/choreography, mirrored setting, the iconic costumes, the exciting orchestrations (never noticed the bobsled jingle bells before), and a marvelous cast. Catch this if you possibly can.